Winners focus on winning. Losers focus on trying not to lose. Are you a winner or a loser?

They want to win every match, and win trophies at the end of the season. There are other teams who play in the same league as Liverpool, who focus on trying not to lose. I won’t name any names here.

1. Focusing On The Vision

Being laser focused on not losing, we are not quite sure on what the vision for the team, or the organisation is. We also don’t know how we are going to get there.

Highly effective team players are always laser focused on the vision for the team. They think in terms of the big picture. When they start work in the morning, they have a purpose. They want to make a difference every day.

Over the years I have led some great teams, and some not so great teams. The great teams had a vision to strive towards, and most members of those teams knew what it was. 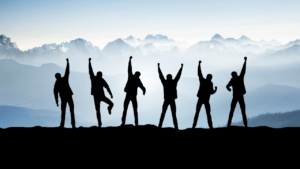 2. Do You Focus On Yourself?

If a person is part of a team because they are told to be, and they don’t want to be there, then that will drag the rest of the team down. Their focus won’t be on the team’s vision, but mainly just to get through the day with doing as little as possible.

It’s possible that you have experienced this in your career. You may have been part of team’s were there were people who were told to be there, and people who volunteered. Have you ever been part of a team that you didn’t want to be a part of?

Have you ever volunteered to be part of a team? If the answer is yes to both questions, then you know the difference in feelings. One team you were excited and driven to be a part of. One team you felt miserable and wanted to be somewhere else. I know the feeling, because I have experienced the same in my career.

People who volunteer to be part of teams are usually highly effective team players. So, they will know, and be laser focused on the team’s vision. They will also know how to strive towards achieving that vision.

3. How Often Do You Volunteer? 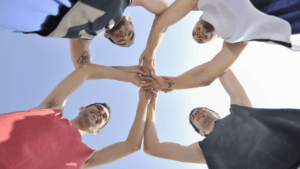 If you are thinking that you would like to be on the project, but not part of a team, then I urge you think a bit deeper. It is a huge project, and will benefit the organisation greatly. This cannot be carried out by individuals, it has to be a team.

If you are not willing to be part of a team, then you are a low performing team player, and focussing on not losing. You will soon be bypassed by the volunteers who are highly effective team players, and are laser focused on the vision, and winning.

I didn’t realise the team scenarios above until I became a project manager, when I worked in Liverpool for their train operating company. The reason I didn’t realise it was because for years we were not all focused on the vision.

We were focused on trying not to lose, or just getting through the day with no issues. It wasn’t until we had a new engineering director, Kevin, and he turned us around and we focused on the vision.

Whatever organisation you work with, you are part of a team of team’s. If you don’t focus on the vision for the team, and the organisation, then you will be a low performing team player.

If you do focus on the vision for the team, and the organisation, then you will be a high performing team player. Make the decision of what you want to be laser focused on. The team, or yourself?

Highly effective team players are laser focused on winning. They want to win. They know how to win. They will do everything they can to win, and won’t stop until they do. Is this you?

What you choose to ignore in life, could have serious consequences in your future. Be laser focused on the right things, for the right reasons.

22 thoughts on “Are You A Focused Team Player?”