When I worked in Liverpool for their train operating company, it was about 2009. I was invited on a 3 day leadership development training course with, in a group of senior managers, heads of departments, and a couple of directors.

At that time I was a project manager, so I didn’t have the same authority as the senior leaders. The course would take place in a hotel, away from Liverpool, so it was a 2 night stay over affair.

In my group there was about 20 people and they were not all senior leaders. There were some that were my level too, so we weren’t overpowered by seniority.

It wasn’t all engineering either, there was finance, HR, operations and customer service. It was a great way to network with other people in the organisation, and to increase our influence with each other.

1. Why Do Organisations Deliver Leadership Training?

The main reason for the leadership development training, was to help the senior leaders brush up on the leadership skills. But, also to try and develop the rest of the business into leaders. At that time it was the leadership positions that were making all the decisions, and coming up with the ideas.

However, the organisation decided they wanted to change that, so that everybody else got their chance too. The concept and the purpose of the training was great, and I enjoyed the 3 days.

I felt great on the last day of the training. I felt like I had everything in front of me, and I was ready to go from employee to leader. I was transforming, and I was amazed at how the other people in my group felt the same too. All of this in just 3 short days was great. 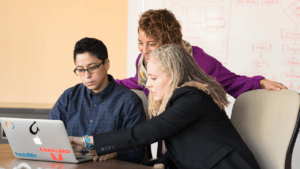 It was great during the breaks, and when we had dinner in the evening. We were talking about the changes we wanted to make. I didn’t have my own team back then, but I felt like I could make a difference in the teams I was working with. Everybody was so positive, and was full of ideas.

2. Do You Put Into Action What You Learn?

A couple of his team members took the same 3 day course two weeks earlier than us, and he said that when they came back to work, they were positive, and wanted to make a difference. Then after a couple of days, they went straight back to the way they were before they took the course. They went back to being negative and bitter.

Then, as soon as he said that, the other senior managers basically agreed with him. They had the same issue with their team members who had also previously taken the course.

The course trainer asked this particular senior leader to go into more detail, and he basically just said, “The guys came back from your 3 day course, and they were really excited with what they learned, and what they were going to do. But, after a couple of days the fire that was burning inside them went out, and they fell back into their old routine of waiting to be told what to do.”

I saw this as an opportunity for me to make a contribution to the group, so I interrupted and asked, “What are your thoughts on why this happened?”

He replied to me by just shrugging his shoulders, basically telling me he didn’t know why, and that he hadn’t even thought about it. I didn’t want to overstep the mark with this person, but I wanted to help him.

So, I told him, “They went back to their normal selves again because of you.” He gave me a dirty look and said, “What would you know, you’ve never managed a team before.” I didn’t reply to that, and the rest of the group stayed silent for a minute or so.

3. Do You Embrace Opportunities To Help Others?

But, what I was trying to do was to help him look within himself, and take responsibility for his team. Not to look outwards and blame his team members.

The course trainer took this conversation over from me, and then said to the senior leader, “I agree with Tom. They have come to my course and learned new skills, and were excited to make a difference. Did you allow them to? Or, did you create the environment for them so they had the opportunity to make that difference?”

He said, “I suppose not.” I could tell that this leader did not lead his team well, and was an insecure leader. The trainer knew this too.

I knew that the same thing was going to happen to everyone in every single group. They would come in for 3 days, change themselves and their thoughts. Then when they go back to work they will be exactly the same as they were before.

So, we didn’t and couldn’t truly transform ourselves during those 3 days, so we went back to normal. This indeed was the case with every team member. The sad thing was, the leaders blamed the trainers. They said that there training wasn’t good enough. 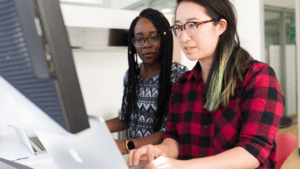 When in reality, the reason the team members went back to being their old selves, is because of the leaders of the company. They were unable to lead their teams at the level required.

During the course, every team member was released to pursue their leadership potential. Then when they came back to work, their leaders drove all the positivity and hope out of them. So, the team went back to only doing what was expected of them, and being told what to do.

The leaders were not willing to make the sacrifices required to work on themselves every day. So, they would never be able to transform into highly effective leaders. As the leader didn’t make those sacrifices, their team suffered. They were not inspired or motivated to go the extra mile, and could not follow a positive role model’s example.

4. How are you feeling about transforming yourself?

If you decide to not do anything, and go back to the way you were before then this post and website has been a waste of time for you.

You will touch many people’s lives, and you will make the difference that you are craving to make. So, do you want to just change or do you want to transform? The decision is yours!

When change happens, do you embrace it or do you run away from it?

33 thoughts on “Do You Need A Transformation?”