How would you describe the atmosphere in your team right now? Is it positive? Is it negative? Do the team feel that you care for them? The reason I ask this is because when people leave a team or an organisation, the main reason is not because of the job.

1. Reasons Why People Leave Their Job

If you think back to your career, if you have ever left a job, what was the reason you left that job? Was it because you didn’t like the job, or you didn’t have a good relationship with your boss?

I know for me, when I have left most jobs in the past, it was because of the relationship with my boss. Speaking with my friends and past colleagues, they left their jobs for the same reason too.

In some of the teams I have led, I have had people leave because our relationship was breaking down. That was a failure on my part, but it was something I learned from, and I never let that happen again.

What I found that was even worse was a team member, or team members who disengaged with everything we were doing. They were part of the team physically, but mentally and emotionally they were somewhere else, and didn’t care.

So, they have quit the team, but stay anyway, because they were getting good money. It was my responsibility to deal with that, and the best way to deal with it was to remove them from the team.

If I didn’t remove them then they would influence the rest of the team in a very negative way. My leadership and integrity would also be under question. I couldn’t allow that to happen and removed them ASAP. Once they were out of the team, things improved. 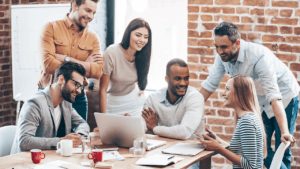 2. What To Focus On As A Team Leader

Other companies or departments would happily take them, and you cannot afford that. So you need to look within yourself, and decide how much you want to keep your best performers. What lengths will you go to, to ensure they stay?

I’ve worked with some really great performers in my career, but I’ve seen some of them reluctantly leave the team, and the company. I was actually one of them.

The reasons we wanted to leave this time was not solely due to the relationship with the boss, it was because we were working with team members who didn’t want to be there.

But, they wouldn’t leave. I found it amazing that they would want to continue being miserable in life, and drag everybody else down to be as miserable as they were. In the end, because our leaders wouldn’t remove these people from the team, we had no choice but to move on.

Making the decision to remove a team member from the team was very tough I found. However, it is something that has to be done. Low performing leaders will not make this decision, and will allow the poor performers to remain in the team.

What the low performing leader doesn’t know is that he/she is dragging the team down by not removing the poor performers.

3. How I learned From My Mistakes

When I was engineering technical manager for a London based train operating company, I had an issue. The team was very big, and there were a number of poor performers in the team.

I allowed them to stay, and over time the team got worse. My best performers were getting very upset, so the poor performers were removed. What I was upset about was, I should have dealt with it a lot earlier. This was something I learned from, and wouldn’t let happen again.

The reason low performing leaders do not deal with the low performers by removing them, is because of what comes after. They don’t want to go through the process of hiring new people, and interviewing.

They see this as an obstacle, rather than embracing it as a change, or an improvement. So, they choose the easy way out and let the low performers stay. That is how I saw it until I made that tough decision, and would never let that happen again.

A highly effective leader will know very quickly who their low performers are. They will realise that if they cannot grow and develop them anymore, then they will remove them.

A highly effective leader will see this as an opportunity to strengthen the team, by hiring a new team member. By acting this way, the team will start to feel and perform better. Results will improve, and morale will be lifted.

The leader’s influence will increase, and the team will increase their respect and trust in him/her. While the team is one or two positions vacant, the existing team will not mind covering those vacancies. That will show that they respect what the leader has just done for them, by removing toxic people.

Then, when the new team member, or team members are recruited, the best performers will help bring them up to speed. They will lead this new change in the team, and increase their influence further. This will multiply the leader’s influence, and improve morale in the team even more.

At this stage in my life and career, and with the experiences I’ve had leading teams, I know that you need to focus on your best performers. Focus on them by being very deliberate with them. That is how you retain them. 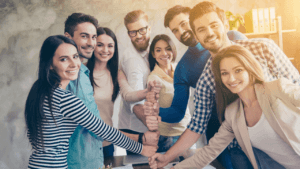 The leadership principles that you are learning, if you apply them, then your best performers will not only stay, but they will thrive. By reading this post I know you want to create a high performing team.

Your best performers will love increasing their influence, by helping the other team members. They will love multiplying your influence. If you apply what you are learning, you will be on the right path to making this happen for your team.

A low performing leader will more than likely have a team of low performers, and the reason for that is because the insecure leader is a low performer too. To attract and retain good performers, you need to be a great performer.

Then you can develop your good performers into great performers. That is what a highly effective leader does. Is this you?

You will begin to attract good performers who want to join you in the future. Then, as you are growing and developing your team, your best performers will become leaders themselves. They will become good enough to take up your position. Or, they could take up another leadership position within the company.

If they do, then you must feel nothing but pride, and encourage them to move on. Only if that is what they want, and they are ready. If they do move on, you will have attracted other good performers to take their position. So, the recruitment process will become easier for you.

I’ve discussed earlier about my relationship with my engineering director when I worked in Liverpool, and how he put me through University, and developed me.

However, he didn’t just develop me, he developed almost everybody in the engineering department. He was creating leaders within his department.

As for me, a leadership position became available in Scotland as an engineering production manager, and he encouraged me to take up that role. The reason he did that was not to remove me from the team, it was because he knew it would be good for me.

He did tell me the pride he felt in helping me get to this position, and I will never forget him for that. He was a highly effective leader.