Highly effective leaders have a vision, and they understand what it will take to get there. They know each step of the journey to success.

Highly effective leaders recognise the obstacles on the journey to success, and take responsibility for removing those obstacles, so that the journey flows as smoothly as possible.

Highly effective leaders set and control the direction of the journey from the front.

1. You And Your Team

What would you do right now to improve yours and your team’s work situation? Have you spoken to your team about what changes they would like to see improved? Whenever I asked that question of a new team I was leading, I would get answers like:

There are lots more answers I have heard from teams that are a more trivial. But, the six above are the most common. The reason I would ask those questions first, is because these answers are a reflection of what their previous “leader” didn’t do for them.

They were managed by a low performing leader who didn’t listen to the team, and didn’t ask them what they would like to see improved. So, the first thing I would do after hearing these answers, was to do as much as possible to rectify them. This would be part of my building a relationship, and building trust with the team.

The things above are not big things to rectify, especially saying thank you when the team does a good job. That should be a given to any leader. A low performing leader doesn’t think that the list above is important, there a bigger things to concentrate on.

However, a highly effective leader knows that these little things, are actually the big things according to their team. So, they should be prioritised.

If you have a team in your charge, and you don’t think that the list above is important, then you are going to have a very difficult time influencing them. The list above is absolutely massive. It is the items on this list that are getting in the way of you building trust, and building relationships with your team.

They are obstacles between you, and your ability to influence the team. If you don’t remove these obstacles, this will send a very powerful message. You are basically telling your team “I don’t care for you.” Or, “you don’t really matter to me.” 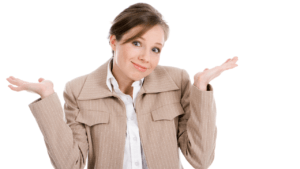 If you haven’t already, go to your team and ask them individually “How can I help you make your job and the team’s job better?” You might get a few strange looks at first, but explain to them that you want to see things improved.

Tell them that you are willing to do as much as you can to make that happen. If you get some answers from the team that are madness, just write it down. Following that, go through the list with the team and prioritise 10 items.

Next, be the leader you always wanted to be, and go out and make everything on the list of 10 happen. If there is an item(s) that you can’t make happen for some reason, don’t worry. Just go back to the team and explain the reasons why, and discuss another way you can help.

As you are striving to become a highly effective and servant leader, you will start to realise the other obstacles that you can remove. The team may have not mentioned them to you, because they might not realise that you can help remove these obstacles.

So what they have done over the years is just work around them. They have gotten so used to working around these obstacles over time, that they don’t even notice it anymore.

When we discussed the leader walking around and asking questions, that is exactly what he/she is doing. They are looking for obstacles to remove, so that they can help to help improve the job, and the working environment for their team.

When a leader removes these obstacles, and it helps the team perform better, it is a win-win situation. The leader will start to perform better too, and the organisation will recognise this. It improves the leader’s star status.

A low performing leader who doesn’t take responsibility for going the extra mile, and is satisfied with getting the job done, cannot remove these obstacles. They live and hope that nobody ever knows about these obstacles, so that they are not expected to help remove them.

The team actually believes that their manager can’t remove them, so they will never talk about them. The manager does not want more work, he/she just wants an easy life, and get paid at the end of month. 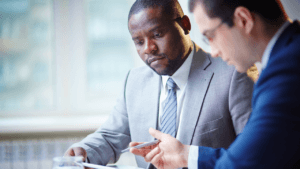 4. Avoid Being A Low Performing And Insecure Leader

When I was an engineering production manager in Scotland, our line manager was very insecure. He told us he wanted “us” to improve things, and when we tried he didn’t approve of anything.

He was not a leader at all, and would often talk about people behind their backs. He would even do this when the person’s teammates were in the room.

When we had the morning meetings to discuss the work for the day, he would show up sometimes just to give us an extremely hard time. Usually because the trains had performed badly the previous day.  He would never concentrate on what was going well, he would only ever talk about what didn’t go well.

He was a very negative person. I would sometimes react to this, and suggest ways to improve the situation. However every time I would do this,  he would knock me down. To me he was the obstacle, and he needed to be removed.

What I remember most about this line manager was, he brought me into his office to give me a hard time about my performance as an engineering production manager. The teams and my colleagues actually liked my work, but he didn’t.

Anyway, the trains were not performing well, so he thought because I was the new guy that it was my fault. He said “I brought you here to change things.” I replied “I am trying to change things, but you keep knocking every suggestion I make.”

He said “That’s because what you’re suggesting isn’t good enough.” When he said that, my heart sank, and I walked out of the office. I had never felt so bad.

A highly effective leader would not talk to their team members like that. They would ensure that they are not an obstacle to them. They would help to remove obstacles, so that their team member has the opportunity to improve. They listen to the team, as the team are discussing new ideas, and solutions to problems.

If you’re a highly effective leader, removing obstacles is not your job. It’s your responsibility. Will you help your team, so they can help you?

If you are a highly effective, servant leader then you will realise that you are there to help them. Please take on board that, removing obstacles is not your job, it is your responsibility.

As a team member your job is to have the answers. As a leader it is your responsibility to have all the questions

18 thoughts on “Are You Setting The Direction?”