The more courage you have, the more your influence will increase and the better your life will be

During your life and career, you will come up against people who will try to knock you down, discourage you, and also encourage you to do the wrong things for the wrong reasons. This unfortunately is a part of life. Notice the words “discourage” and “encourage”.

The way to counteract the people who are “discouraging” you or “encouraging” you to do wrong, is to HAVE COURAGE! By having “courage”, you can do the right things, for the right reasons.

When working as part of an engineering team, I found it extremely difficult to allow other members of my team to not be treated fairly. You may have had this experience yourself in your career.

When I was doing my apprenticeship, there was one team member who was being treated very badly and I wasn’t able to stand up for him, even though I really wanted to.

I wish I had the courage to stand up to my apprentice supervisor then, or at least have the courage to encourage the team to stand up to him. If I was working on my personal development in those days, and knew how to have courage, then our daily lives at work could have been so much different.

We needed to think for ourselves, both as individuals and as a team. I will share how I learned to think for myself later in life, and how you can learn the same.

If we think about it, would standing up to an apprentice supervisor enable me to lose my job? Probably not, but that is the mentality in some companies. It is quite sad to think about.

2. We Must Avoid Manipulation Due To Lack Of Courage

I was talked into things that I obviously shouldn’t have been doing as I was more gullible than the others. Then, as I grew in my career, I also grew out of having people manipulate me, especially when I got to senior leader level. However, this type of behaviour still happens all over the world in every industry in the world.

When I worked in London as an engineering technical manager, there were times during a shift when I would ask one of the teams to do certain tasks that they were not happy doing. Or I would ask them to stay a bit longer to get the work complete.

They would do it, but very reluctantly. Then one day when I asked if the team could stay longer, one of the guys come into the office to confront me on behalf of his team. I must admit I was shocked because I had never seen this guy behave like this before. 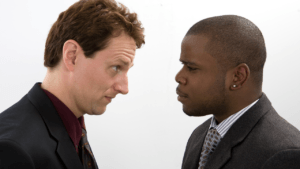 I could tell that he had been manipulated by his team and been talked into confronting me. So, I just said “OK, I can’t force you guys to stay, so leave on time if you want to.”

Then, when I said that to him, he was shocked. He was expecting me to confront him back, but I didn’t. So, he went back to his team, back to work and they left on time.

However, I lost a bit of respect for him and especially the team because I knew they had forced him into it. Not only did I lose respect for them, they had lost all influence with the other teams because the word had gotten around.

This could mean less overtime for the teams if they were not willing to go that extra mile when asked to. When I saw the team again, if they asked me for overtime, my answer was “NO!” So again, they lost influence and privileges.

Ironically, this team was always very productive and I usually got along with them, unless I asked them to do anything other than the norm. Later during my time as engineering technical manager, I found out that the guy who confronted me earlier was always the one who stood up for the team.

Apparently he quite enjoyed challenging the managers and leaders. He wasn’t very young but he had a lot to learn, he also had a bit of a temper which the team used to their advantage. Similar to the way I was earlier in my career. So, I spent a bit of time with him and decided to mentor him.

If he was just left alone and the team continued to push him and use him, then his career could have spiraled out of control and he may have even been fired if he continued to be aggressive. I have seen people fired for similar things, so it would not have been a surprise. But I saw mentoring him as a good challenge.

The other managers who I worked with did not understand why I would want to mentor this engineer, who they saw as a trouble causer. But I saw it differently to them, and it took courage from me to ignore them trying to talk me out of this, as it was something that I 100% believed was the right thing to do.

When I approached the engineer and told him that I wanted to mentor him, and to help him change so that he can think for himself and not be manipulated anymore, he was overjoyed. So straight away, we could both saw this as a win-win situation.

During that conversation I asked him what his ambitions were, and he answered “I want to learn more, I want to climb the ladder and I want to prove everyone wrong”. WOW was my first thought. He definitely did want to change his life and career, and I was more than happy to help him.

I wanted to ensure he knew how valuable he was to the team, and that he had as much potential to climb the ladder and learn more than anyone else in the company. I thought it was important that what he did mattered, and who he was mattered even more.

Who you are as a person is why you get the job you wanted or why you get promoted before somebody else. It is not always about your ability, it is the influence you have, the trust you build up and most importantly, how you build relationships with people.

I mentored him for about 18 months before I moved roles but he improved a lot, and I kept in touch with him for a period of time.

Not too long ago, I saw this engineer at a railway luncheon in London, and I had a good chat with him. I could tell by how he was handling himself and talking to me that he had turned a corner, and was consistently working on his personal development and leadership. 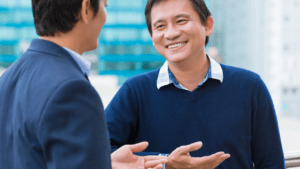 The conversation was very positive and the sense of pride he had for his achievements was a delight to see.

I remember meeting up with my mentor Ron about a year ago, we went for dinner in London to catch up on things. He has been retired for a good few years now, so he goes on holidays a lot and sails his boat whenever he can (lucky for some). He is really doing great, and is full of energy.

Anyway, during our catch up Ron began sharing a story about a meeting he had with me one day back in 2007. Back in those days, I was working towards my degree and also working on my personal development through work placements and attending personal development courses.

However, my work wasn’t up to scratch at this time and Ron could see that I was struggling after he had spoken to my line manager and the other leaders.

Ron wasn’t overly impressed, and there were a few issues I had within my team that he wasn’t happy about. He felt it was time for him to take action. So, he called a meeting with my line manager and me to discuss the problem (me).

During the meeting, Ron was hard on me and let me know exactly how he felt and what his thoughts were. My line manager had the same approach and went into more detail when it came to my work.

My initial reaction was shock, but after about half an hour of the meeting, I began to accept that I wasn’t working anywhere near my potential. They both told me at the end of the meeting that I had to improve my work and my attitude.

If I didn’t, then they didn’t see the point in training me and putting me through university if I wasn’t going to put the work in. They could use the funding for my training on somebody else if need be. My answer to that “ultimatum” was “I am going to do whatever it takes to improve and make you proud of me.”

So, that is exactly what I did. My work improved a lot, and I have always used that meeting as one of my motivations to do my best in everything I do.

Ron showed me during that meeting that he really did care, and still does to this day. The impact Ron has made on my life will never be forgotten, and he still has that impact on me today.

Ron had courage to step in when things were not going right for me, and the courage to help me make things better. I do my best to follow Ron’s example, to have courage when trying to make things right for others in my life, my team or my organisation.

You can do the same to follow the example of courageous people you role model, and use that courage to help others around you.

12 thoughts on “How To Build Courage”