For most managers, the question “how does your team see you?” can be very difficult to answer. The reason for that is because they don’t know. It is not something that managers think about. However, to be a highly effective leader it is something that we should think about on a daily basis.

We need to ensure that we are leading by example, and we are being a role model to our team. But, we need to be the right kind of role model.

Insecure leaders do not take responsibility for their team, the place all the blame for mistakes onto the team. They do this so that they can still try to look good to their boss. Actions speak louder than words, and their actions are so negative, that even their team see their boss in a negative light.

1. Be The Right Kind Of Role Model

What I want to discuss is an example of how an insecure leader likes to role model to their team, even though they don’t know they are a role model. This example is something that a highly effective leader would never do to their team or the organisation. But, insecure leaders do this every day.

I have worked in a number of organisations throughout the United Kingdom. In most of those organisations, if something changed, then my boss would blame his boss every single time. It could be a roster change, increasing of overtime, or a completely different project.

My boss would have more frustration than the team would. So, because our “leader” was our role model, what would naturally happen is we would follow in his example. We would be just as frustrated as he would. We would start yelling at each other, point fingers at the leadership (between us of course), we would moan and groan.

Basically, we would act in exactly the same way our boss did. These are the actions of an insecure leader and a frustrated team.

A secure leader would do their best to embrace change, make it positive, and encourage the team to do the same. So, the team would follow in that example, completely the opposite to the insecure leader and his frustrated team. 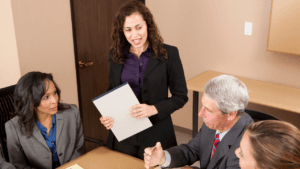 2. Be There For Your Team And Be Visible

There was one boss that I worked with who was never there, so he wasn’t really a role model. The only time I would ever see him is when he had to deliver us some information about any changes. Or, if there was a problem that he needed solving.

It was amazing, he would show up first thing in the morning like he was there every day. He would try his best to have a personal chat, but then after 5 minutes it was down to business. His first sentence would either be “Things aren’t going too well.”

Or “I’ve got some news” which was usually bad. Or “There’s going to be some changes around here.” No matter what, every time we had a meeting or a huddle with this boss, we would always walk away from it feeling awful.

Even if you usually get excited or embrace change, this guy’s tone of voice and attitude usually meant that the change, or the news was going to be bad. I really believe that this was his way to try to inspire us. But, he had the completely wrong idea.

As he would deliver the news or what the changes would be, he would point out people in the team to try to fix it, or lead the change.

He would never tell us that he was going to do anything to help or lead anything. He believed that because he was in the leadership position, then he should be served. Whereas we have discussed that to be a highly effective leader, you must be a servant to your team.

A lot of the time, this boss would single out people in the team so he could to blame them in front of everyone. This was very embarrassing for these people, but also for the rest of us. I was blamed on some occasions, so I know just how embarrassing it was.

There were times when he would blame his boss, or third party companies who didn’t deliver on time. What he did avoid was giving us the chance to blame him. How he did that was there were no opportunities for questions or AOB. It was just straight back to work.

He was very insecure and weak. So, the role model behaviour that he was portraying was the wrong kind of role model. How did we see him? Negatively, we did not like him at all.

Once our get together had finished, we would end up following in his example. We would start blaming each other and finger pointing. It was usually to the same people that the boss had blamed, so it was twice the pain for these people.

As I said, I was blamed a few times so I know how it feels. We would also blame our boss, but he wasn’t there anymore, so he couldn’t hear us.

He walked away thinking he did a good job and motivated us, when actually we had just made ourselves even more frustrated. This showed because we were now blaming ourselves and each other.

What was obvious to me was that this boss was getting the same treatment from his boss, and even higher up the leadership team were doing the same. So, he was just following in his “leader’s” example as his role model.

That is why it is so important that we have the right kind of role model from the very top of the organisation, and then down the leadership chain. 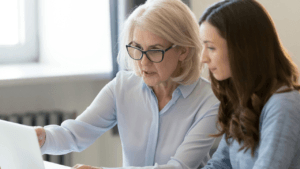 When we eventually went back to work following our meeting with the boss, and then each other, we felt really low. Our productivity was no good. Our morale was very low. We didn’t like each other, and we stopped trusting each other, especially our boss. Well, we didn’t really trust him in the first place.

4. Build Trust And Be Honest

This example is one of an insecure and weak leader, with a team who is extremely frustrated and angry. Believe me, we all wished we were somewhere else. When you have a team like that, trust is not there. Trust is the foundation of leadership, so if you don’t have that then you have no influence or leadership.

People talk about other people behind their back because that person doesn’t have their back.

An insecure and weak leader is one who will blame their team and others when things aren’t going well. They will not take any responsibility for anything. Highly effective leaders are role models who are humble, have a strong character, and recognise that it is their responsibility to keep the morale of the team high.

Do you want to eliminate the blame culture? Then you must ensure not to blame your team or anyone else. Do you want your team to embrace change and not shy away from it?

To change, we need to work hard on ourselves deliberately. Growth doesn’t happen automatically

15 thoughts on “How To Lead By Example”