Your team will be high on emotion, it’s important that you know those emotions and how to trigger them positively

As opposed to doing the minimum required to get the job done, when they follow you because they have to. This all starts with building trust with your team. When you build trust and your influence increases, you can then improve your communication.

1. Moving From Communication To Connection

Or, to tell them about what is happening with the job. That is not connection, it is simply communication. It baffles me by how many managers don’t connect with their teams.

To be a highly effective leader, you MUST connect with your team.

Anytime I was ever leading a team, whether it be directly or indirectly, I would work my hardest to connect with them. For example, I was a senior project manager working in London and I had 11 senior engineers working on my team.

2. What It Means To Connect

How I did that was to prepare one to one’s with every team member. I would ask each person about their background, taking an interest in them, and maybe tell some jokes. I wanted them to be as relaxed as possible around me, and not feel tension.

It was a really good way to get to know them before we started delegating project tasks.

Going into work early for me was essential, so that I didn’t miss anyone from the team to connect with. I didn’t get any further pay for it, but to me that wasn’t important. It was important to make those connections rather than worry about pay.

The senior engineers I was working with were a great group. When we would spend time connecting in the morning before the official meeting at 8am, we were talking about our lives and laughing. Sometimes I would stay silent and just observe, it was really rewarding to see the team talking among each other. 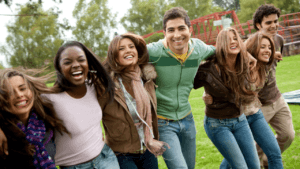 We laughed a lot but most of all we were connecting. They got a lot of enjoyment from it, so I made it a daily routine to come in early and connect.

The company I was working with was a worldwide engineering consultancy, with thousands of employees based all over the world. When the team and I were bonding and working together each day, it was very rare that we actually saw our real line managers.

They were either working at home or somewhere else. It came across to me that they didn’t seem to take an interest in us. So, I felt it was down to me to step up and become more than a senior project manager. I needed to be the leader.

If a team member had a personal issue that they would normally go their line manager with, they would come to me. I would do my best to help them with the issue, and offer my advice.

Or, if they needed time off for something, they would clear it with me first. I took complete responsibility for the team, and I felt even more connected to them.

There were the few occasions when the line manager called for a meeting with the team. The meetings were only ever called for if they thought something wasn’t going right, or they were getting a bit of grief from their boss.

3. How It Feels When We Don’t Connect

On one occasion it was noticed that we were overspending on the project budget, so my line manager called a meeting with the team and I. When he arrived, there was no “how is everybody doing?” No “how is the job going?” No “is everybody ok?” There was nothing like that.

He didn’t even say hello to us. All he wanted to know was why we overspent and what are we going to do about it. So, when the meeting finished and we came to a conclusion, I ensured that he left the meeting room first. That way, I could get back with the team and resume our connection.

My line manager did not have any leadership skills, he was just a “manager of people”, an insecure leader. He knew processes extremely well, but he knew people extremely badly.

During the meeting he only communicated with us, no connection at all. He didn’t have any influence with any of the team, he just stamped his authority through his position of power as the line manager.

As the team were working well and we were all getting along, we thought it best to pre-meet before any future meeting with our line managers. This was their idea, not mine which showed me that they were willing to go that extra mile for the good of all of us.

They discussed everything they were currently working on, what had been completed, and what was coming up in the near future. I gave my influence where necessary, but they basically had everything covered.

The team had gotten to the stage where they could lead themselves, and helped each other when they needed to. I was really proud of them, and privileged to be their leader.

The reason we would meet before the meeting is because our line manager was seeking a lot of information, so we ensured we covered all bases. If he was a secure leader and took an interest in the team, then he wouldn’t require as much information.

We also wouldn’t need to have the meeting before the meeting. He would be meeting with us a lot more often. The team and I didn’t trust him, so he had no influence with us.

A few days after our line manager’s meeting with the team and I, he wanted to have a conference call. The invites were; the commercial manager, his boss, me, and my line manager. 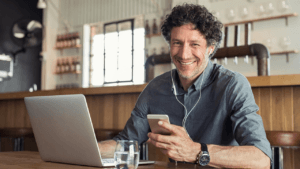 He wanted to confirm what we had talked about in the team meeting, and what ideas we were going to try and implement. It was his boss who chaired the conference call, and he was asking questions of my boss, not me. So, when my boss was asked what was happening, he didn’t have one answer.

Why couldn’t he answer his boss? Because he didn’t listen to anything I or the team said in our previous meeting. To be a highly effective leader, you need to be an active listener. So, you don’t talk when you are supposed to listen, which he always did.

4. Going The Extra Mile For The Sake Of Your People

In the end, I jumped in on the conference call because I had all of the answers to his boss’s questions. I had built up trust and a relationship with my team, and we prepared all the answers before my conference call. We could do this because we predicted what was going to be discussed.

My boss didn’t have any idea what was going to be discussed, he didn’t prepare well at all. He didn’t believe in connecting with his teams, he felt it was a waste of his time.

That is a trait of an insecure leader who doesn’t value his/her people. When secure leaders connect, they see it as an investment of time, meaning there will be a return on that investment, and that the whole team will benefit.

I usually know what’s going on at every level because I connect with everyone. When I’m leading a team, I take responsibility for everything because that’s what a highly effective leader does. I know how valuable connection is with the team.

I don’t just rely on my own ability to achieve the team’s objective or accomplish our mission. I don’t believe in leading the team just to get paid. That’s how insecure leaders like to work with their teams. I believe in making as big a difference as possible for the benefit of everyone. That is how highly effective leaders think and operate.

How do your team see you? Do they trust you? It’s very difficult to force or make a person trust you. It doesn’t matter if you are the boss with the authority or not. The best thing you can do is talk the talk, and then walk the walk.

Basically, accomplish what you say you will accomplish for the good of the team. That is what it means to be a highly effective leader. If you can do that, then you have the best chance for the team to trust you.

Remember, who you are and what you believe on the inside will reflect on the outside. So, ensure you have the team’s best interests at heart.

Communication is an art form and connection is the paint brush. Ensure you paint a great team picture with connection.

22 thoughts on “Communication Or Connection?”