Our character is an area that most need to develop and what I would consider a weak area. By developing our character to become strong, our leadership develops at the same time.

When you first take over a team, you are actually taking over a group. They may have worked together with a previous leader and called themselves a team, but it will be up to you as the new leader to turn the group into your team.

When I have taken over groups in the past, the first thing I discovered was, the people who wanted to be there, and the people who didn’t. Some of the groups I had taken over had never even met each other before. So right from the beginning I knew it would be tougher to turn the group into a team.

1. Turning A Group Into A Team

The most important thing when taking over a new group that you want to turn into a team is, respect. If you want to turn them from a group into a team, then you must show the group respect right from the beginning. When you show respect right from the beginning, you will find it a lot easier to build relationships with the group.

Having worked in the engineering and rail industry for over 20 years, I have seen many engineering managers take over new groups, and really struggle to turn them into a team. The problem for them was, they knew a lot about the job (competency), and were very experienced engineers.

However, they had very little leadership training or experience (character). That is the reason I am writing this article, and my other articles. The only way to turn a group into a team is through leadership. 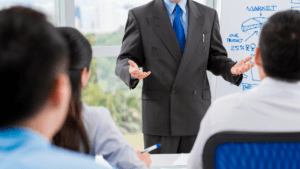 A highly effective leader knows that to turn a group into a team, then they must find out what each team member’s strongest competencies are. Then to help them grow and improve, they must focus on these strengths.

A highly effective leader also knows that they must find out what each team member’s weaknesses are. Then to help them grow and improve, they must develop those weaknesses in their character.

Everybody needs to work on themselves every day to strengthen their character, including you. It will be your team member’s character (who they are) as the reason they are not where they and the team should be, or need to be.

When working won your team member’s strengths, in the area of competency (what they know), this is what will push them and the team forward.

A highly effective leader has helped so many of their people in the area of character, that character building forms their leadership development and personal growth initiatives. Some of their people don’t work on their character every day, and so should use these initiatives to change that habit.

3. Focus On The Right Things 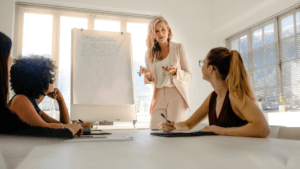 When leadership is lacking within a group, it is usually due to the leader’s lack of character. If the leader does not develop their own character, then they cannot lead by example and inspire their team to do the same.

These types of questions will spark a conversation between you and the new group member, and will allow you to dig deeper.

When you have all the answers you need, you will know how to start building a relationship with the group member and the group as a whole. The stronger your relationship becomes, the stronger the team becomes.

When we are around a leader who is strong and puts their people before themselves, it gives us a great feeling. When they focus on the team’s vision and purpose, it inspires us to do the same and follow them.

Being around a humble leader gives us a better chance to achieve what we set out to achieve.

20 thoughts on “Focus On Your Strengths”