Everyone throughout the world are driven by different things. For example, I am driven by helping others. Hence, I am writing my articles and my other materials to help people with their leadership, and with their personal growth. When people are inspired, they are driven internally, from how they are feeling inside of themselves.

When people are motivated, they are driven externally, so it requires certain actions from others that will motivate them. Highly effective leaders don’t have any issue with being inspired, and driving themselves from within. Low performing leaders are not driven from within, so they need the actions of others to motivate them.

What inspires and drives each highly effective leader will also be different, as this is very personal to the individual.

When you become a highly effective leader, you will be driven to be proactive. So, if you think something should be done, then do everything you can to get it done. If you have an idea that you think will work, talk to your boss and recommend the idea to him/her.

Don’t give up until the idea is at least tried out. If it doesn’t work, move on. If it does work, then do everything you can to get the idea implemented. The most important thing is DO NOT GIVE UP!

A low performing leader will do everything they can to get away with as much as possible. All they want to do is get through their hours for the day, and then go home. They will not think for themselves, or be proactive. They will wait to be told what to do by their boss, or someone else’s boss. 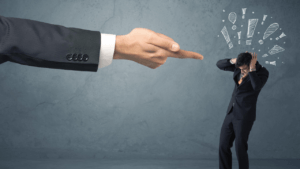 I have actually heard people say in the previous places I have worked, “I’m doing nothing today, Tom you are doing all the work today.” So, I asked “Why is that? Why am I doing all the work, and you nothing?” They replied, “Because I don’t want to be here. If I don’t have to do anything, then I won’t.”

What an attitude to have. I was only young then. But, if I had a person like that on my team when I was a leader, they wouldn’t be on my team for much longer. They were not driven whatsoever. They didn’t care. They had no purpose. It is very sad to think that there are people like that in our workplaces.

I was part of something that I knew would make improvements on the performance of our trains, and most importantly our people within the organisation. I was driven to ensure that these improvements happened, and that everyone within our organisation benefited from it.

I made sure that the other members of the asset management strategy team had the same opportunities to put their mark on it. I wanted them to make a difference too. So, we swapped roles.

We improved the performance of the trains in service to 40% from 2008 to 2009. This was one of the biggest improvements that the company ever made, especially in the engineering department.

Other train operator’s in the UK were curious about what we were doing. They wanted to know why we had improved our fleet of trains by so much. We were getting visits from them down in Liverpool. So, I pulled together a few of the team and we presented our strategy to the other train operator’s.

They were really impressed, and were going to try out some of the same ideas on their own fleet of trains. Which in itself was a huge compliment to us. 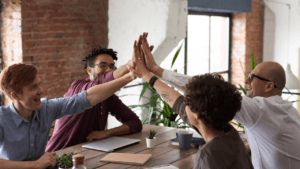 As you can imagine, the low performing leaders did a lot of moaning and groaning during this time. They were complaining that they had to do more work, and that the job was difficult. When in fact what we were doing was making their job easier.

It just seemed harder because they didn’t do a lot most of the time normally. Anyway, their complaints were falling on deaf ears. We knew what we did was great, and we were very proud.

4. Does Your Vision Drive YOU?

Our engineering director Kevin began the new asset management strategy. It was his vision, his mission, but it was ours to deliver. He inspired us to take this on ourselves, as our own, and do something that made a huge difference to the whole organisation.

Kevin was one of the most driven people I had ever met, even now 10 years later. Even though he was the engineering director, he portrayed most, if not all of the traits of a highly effective leader.

When he went through the strategy with us as a team for the first time, he kept referring to “US”, or “WE”. Not “you”, or “them”.

It was always “We can make the difference.” Or, “There is only us who can make the difference.” It was phrases like this that inspired us as a team, especially me. I remember these exact words “We will be the team who will have a positive influence on the whole organisation. We have the opportunity to make a huge impact and make a difference starting from now. We don’t need to have a certain job title, or be in a position of power. We can make a difference right now.”

I will never forget those words. The reason I won’t forget them is because I have used the same words when talking to my future teams. Kevin was a huge influence on me, and a role model. He was a very driven, highly effective leader.

Are you driven enough to be the same or similar?