When we talk about people skills, we usually mean leadership skills. What is the number one skill of any leader? Empathy.

To empathise with a person means that you don’t have to share the same feelings as them, but you do understand the feelings of that person.

1. Try To Be Understanding First

Having a discussion with a teammate and either agreeing or disagreeing with them is not the same as understanding them. A highly effective leader will always try to understand their teammate first before giving any opinion, feedback, disagreement, or agreement.

However, there are team members who will think that when someone is understanding them, that they are actually agreeing with them.

This is a mistake, so it’s very important that when you want to understand one of your teammates first, ensure to let them know that first. Otherwise there will be a misunderstanding on your teammate’s part.

They may say something along the lines of, “I want to understand how you visualise things, and why you visualise them in the way that you do. I am not going to give my opinion on the matter, nor am I going to agree or disagree.” This sets the foundation for the communication.

2. Allowing Ourselves To Be Influenced First

I talk a lot about influence, and how as highly effective leaders and leaders that to increase our influence with others is how we lead. However, in the case of trying to understand our teammates, and connecting with them, we must allow ourselves to be influenced first. 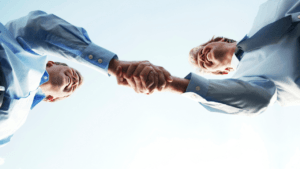 By understanding the teammate first before they have the opportunity to understand you, it is like you are passing the baton of influence onto them. They have taken the reigns of leader in this communication.

What you are basically communicating through your actions of understanding is, “I am patient, and I want you to be understood first before you understand me. You are important to me.” It doesn’t seem like a lot, but doing this can be very powerful in communicating and connecting with your teammates.

By passing the baton of influence, by the time you receive the baton back, your influence will have increased a lot more than you expected.

If you were to do the opposite, and try to get your teammate to understand you first, then they will not listen to you. They will probably not be aware or know how to really understand someone, as you now do.

But, if you do what we discussed above, and understand the teammate first, then they are a lot more prepared mentally to listen to you. They will want to understand you, and by doing this they are passing the baton of influence back to you.

Your teammate will want you to influence them, and are happy to be influenced by understanding you.

3. Communicating With Your People

When a highly effective leader communicates and talks to their team, they want to be understood by them. If they are talking to someone who is not listening to them, then that is a complete waste of their time, so they will stop the conversation.

They do this by saying things like, “I can sense that this is a very emotional subject for you. Or, “I can tell that you are excited and want to talk about it a lot more.” Or, “If you would rather talk about this another time, I am always available to listen.”

This is a good trait to have, and it is very effective when the conversation is emotionally charged, or the topic is very important to the team.

A highly effective leader may say things like, “Can I just repeat what you said then…” Or, “I think I understand you correctly, is what you mean…” Or, “I hear what you’re saying, is this how you’re feeling about it…”

A low performing leader will want to be understood first, so will put all of their energy into talking more than listening. Most of the time, they are misunderstood because what they’re saying is mostly negative. People switch off when listening to negativity, unless both people are negative. 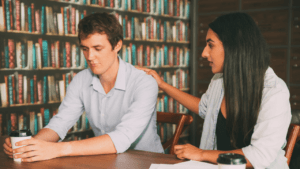 The negative team members who I have worked with in the past, every single one of them were the same. If what they were saying wasn’t understood, or nobody was listening, they would all do the same thing.

They are not talking to each other. In the end, nobody is understood and the communication breaks down. In the end, it is up to us when we talk, but it is up to others on whether they listen to you or not.

4. Communicating As Part Of A Group

Being part of a team, whether it is an engineering team or in any other industry, for it to work then we must understand each other. As a highly effective leader, we must allow others to be understood before ourselves.

If the communication is between 3, 4, or 5 people, then we must still allow everyone else to be understood before ourselves. That is what passing the baton of influence is, and what it means to connect with your teammates.

What we must also do as part of a group communication is to step in from time to time. If a person is speaking to allow others to understand them, then as a highly effective leader, we must allow the person to be heard.

If someone talks over the person, then we must step in and tell that person to wait their turn to speak. It is not being rude on our part, it is being courteous towards our teammate.

Highly effective leaders work on themselves every day to understand themselves. I urge you to do the same.

To really listen to a person, what are you listening to? We listen to what they say, the tone of their voice, how loud they are speaking. But, to really listen, we must listen to how they feel, and how they think.

18 thoughts on “How To Understand Your People”