When you arrange meetings with people, either your team, other colleagues, or the senior leaders, how do you prepare? For years when I was in a leadership position, I would mostly just prepare on my own. Or, I would discuss a certain issue with a team member, then I would go and have the meeting.

But, when I was doing that, I was never, ever satisfied with how my meetings went. There was always something that happened that I felt made the meeting unsuccessful, and I couldn’t put my finger on what it was.

The result of these unsuccessful meetings was, the actions taken from the meeting were either not completed, or were completed to not a very good level.

Then, one day, I was running really late (because I had not prepared well), and I turned up to my meeting totally unprepared. As you can imagine, the meeting did not go well at all. However, I could finally put my finger on why my meetings were not going very well….ME.

So I called mine a pre-meeting, not a pre-meet. This would take up a lot more time and effort on mine, and the team’s behalf but it was worth it. When I started to do this, others followed in my example too, and our meetings were far more successful.

This principle is something I definitely want to you to consider doing because it can make you actual meetings become more successful. 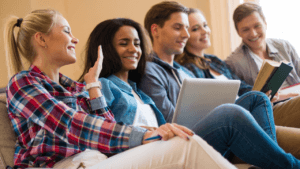 If you have this mindset during your pre-meeting, then the actual meeting will be a lot easier for you to gain buy-in and increase your influence.

If you do not have your pre-meetings, and do not have a win-win mindset, then your meetings will be just as difficult. They will become a lot more difficult too as you progress in your career.

Having the pre-meeting, and keeping a win-win mindset is another way for you to connect with your people. You are going beyond communicating to connecting because you are willing to put the extra time and effort in with your team to prepare for the actual meeting.

The team will feel this effort from you, and your relationships with each team member will grow stronger. Finding the time to have your pre-meetings is something you will have to plan for, and make time for. Do not say to yourself, “I don’t have the time.” Or, “Where am I going to find the time?”

This will create a negative mindset for yourself, and you will put the pre-meetings off, which will decrease your influence, ruin your preparation, and buy-in will become a lot more difficult.

Most leaders (in fact most people) from all over the world invite people to their meetings from an Email request that goes straight into their diary. A lot of the time, people don’t understand what the meeting is about, or why they have been invited.

But, the meeting request is from their boss, so they have to accept and turn up. What happens then is, the meeting begins, nobody has a clue why they’re there, or what to contribute.

The leader does most of the talking, assigns actions to people, and then everyone walks out. However, when people walk out, they feel uninspired, they feel de-motivated, and most of all they feel disrespected.

I understand that leaders are busy, and that everyone else is busy too. But as I said earlier, pre-meetings, and meetings need to be planned for.

We need to find the time for these meetings to make them successful. When we do this, we are showing our people that we respect them. When we don’t we are not showing respect because we are not willing to put in that extra time and effort to help them.

An example of this was when I started to organise my first team meetings. I thought it would be good to have a team meeting so we could discuss issues and see if we could help each other. So, the intention was right, but how I went about it was wrong. Very wrong.

I told my team that we would be having a team meeting…by email. So nobody replied to ask why, or what we would be talking about because I hadn’t spoken to them face to face about it. My email was very vague, and gave just a few details.

I didn’t have an agenda, or any bullet points of topics to discuss. I thought it would be good for all of us to open up. However, as you well now know, if you want a team member to open up, you must build trust, build a relationship, and connect. You cannot do it in a meeting with the whole team. 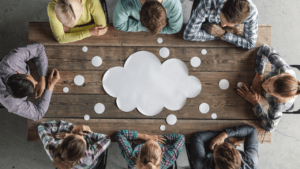 Anyway, the meeting time came around and I was totally unprepared. How I could have thought I could make this meeting successful without an agenda, topics, or even telling the team a reason is beyond me now.

So, I began the meeting, and I told them why I wanted to call it. I said, “I thought this would be a good chance for us to get to know each other better.” Everybody looked at me blankly, and gave me the impression that they didn’t want to be there at all. Some even laughed at me.

One of the team members said, “Tom, I understand that you want us to get to know each other better, but you could have done it a lot better than this couldn’t you? You haven’t spoken to us, you haven’t told us why you wanted us here, and you haven’t given us anything really to talk about.”

He was right. I was basically “winging it” and the team felt that. They felt disrespected. I didn’t have a pre-meeting with them, and I didn’t connect with them beforehand. I didn’t have a win-win mindset for all. So, I called the meeting off. This was the meeting when I put my finger on why my meetings were unsuccessful.

I turned it around following this meeting because of my pre-meetings.

4. How A Highly Effective Leader Prepares

Highly effective leaders make it a priority to have a pre-meeting. They deliberately want to keep building on their already strong relationships, and make it even easier for themselves to get buy-in. During the pre-meeting they will set the vision, ask the team open questions, and most of all they will listen 80% of the time.

How clear is your vision? Can others see it like you can? Being clear on your vision is a huge part of being a highly effective leader.

22 thoughts on “How Do You Prepare As A Leader?”