I believe that if you can implement the leadership principles that I am sharing in my articles to work and increase your influence, it will be inevitable that you will be offered a leadership position (that is if you want one of course).

I want to discuss the area of positions and titles because most people believe that this is what you need to be a leader, when it isn’t.

If you are ever offered a leadership position in your career, then it will be up to you to take it or not. But, what I urge you to take into consideration is the question of “will this position keep me on my journey in the right direction?” If it doesn’t then don’t take the position, if it does then do take the position.

I have turned down job offers in the past that had really good salaries, but I didn’t take them because they were not right for the future I wanted to create.

1. What Is Real Leadership?

One of the best measures of a person’s leadership qualities is if he/she lead’s a team without a leadership position. If you can influence a team when you are the same level as them, then you are a true leader. Why is that?

Let’s discuss this in a bit more detail with an example:

You are the manager of a team in your place of work, your deputy (the support manager) is leaving, and you want to promote one of your two supervisors to the support manager role. How would you go about it? What criteria would you use to determine who was the best candidate? 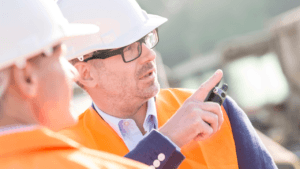 I know a person who in his entire career that spanned more than 30 years, never had a leadership position, and never had any direct reports. However, he influenced an entire engineering organisation to change for the better, on many occasions. He is still doing this today.

I worked with him for six years and I am proud to say he is my friend. His name is Tom too. Do you think you could do the same in your organisation?

I have worked with others who didn’t have leadership positions also, but were great leaders. They experienced great results with the teams they worked in and changed a lot of things for the better. When I was a graduate engineer, I was part of the original young rail professionals group (YRP).

We influenced the whole rail industry in the UK to sponsor us and we would put on events to promote the industry to young people. That was in 2009, and to start we only had a handful of people.

Now, there are thousands of young rail professional members. We were graduate engineers and we led an entire industry. You DO NOT need a position to be a leader.

When I was younger, I always wanted to have the title (E.g. engineering manager). So that is what I focussed on. What I should have been focussing on was becoming a more valuable engineer and leader.

I should have been trying to increase my influence rather than trying to get a new job title. I was short sighted and did not consider my journey and my direction.

What I encourage you to focus on is becoming a more valuable person and leader within your team. Don’t focus on getting a position or job title. Think big, and focus on your leadership and career journey. Work on your personal growth and develop your influence so you can keep increasing it.

Leadership is a verb, not a noun. Therefore to work, it requires action and cannot be stagnant. Momentum is a leader’s best friend

I want to help you develop your leadership and your influence by helping you learn to lead in your current position first, then progress further when you become a supervisor and then manager, if that is what you want to do. Learning this way will give you an edge over other people who don’t want to read helpful books.

Like me, I learned through trying things out, making mistakes and then trying something different (trial and error). But you don’t have to do that. If I can do this, then you can.

Since 2009, I have led different types of engineering teams within the rail industry, in various organisations all over the UK. I was line manager of the teams, but for most of them I was not the line manager.

For the teams where I wasn’t the line manager, there was no formal authority from me. We all worked for the same company, but on paper they did not have to do anything that I asked of them.

Working within a team is tough, especially when you are trying to influence them from a distance. I needed to build trust with these teams and increase my influence very quickly if we were going to achieve any type of positive results.

On most occasions, I am very happy to say we achieved really positive results, and is something I am very proud of.

If you have the most influence in your team, then there is absolutely no question that YOU ARE THE LEADER, even if you’re not the leader. 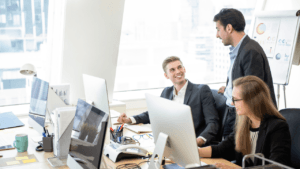 If you want to become a leader within your team, when you are not actually the leader, then you must continue developing yourself. You must work on your personal growth and leadership every day. Putting in the hard work now will definitely pay off in the end, especially when you start climbing the leadership ladder.

Always remember that when you do eventually get the job title for “manager” or something similar, that you are respected for who you are, not what it says on your business card.

People will follow you because of how you make them feel and who you are. This is the basis of a leadership culture.

How do you feel when you walk into work every day? In other words, how is the culture?

8 thoughts on “What Is Leadership Really About?”