But, we still have our poor performers and we need to spend some of our time, and energy on them. It will only be a small amount, so we need to ensure we don’t waste that time.

1. How Do You Spend Time With Poor Performers?

We won’t achieve the results that we are capable of achieving because of the weak link. In some teams, the weakest link is the leader. I know that is not you in your team, because you are taking serious action by reading this and my other posts.

A highly effective leader will know who their weak links are, and they will develop them to increase the strength of that link in the chain, or in the team. A low performing leader will not even contemplate developing them, because they don’t think it will do any good for them.

With low performing leaders, because they won’t develop their weakest links, they will replace them. They blame the weakest links rather than look within themselves, and see if they need to change or develop first.

2. Form Your Own Opinions

There was a couple of occasions when I inherited teams as their new line manager, and my boss would advise me on who to watch out for.

So, I felt like I was on the back foot from the beginning, because I was focussing most of my time on the so called “weak links.” After a few days, I ignored the advice of my boss, and decided I would make my own opinions on the team I was going to lead. 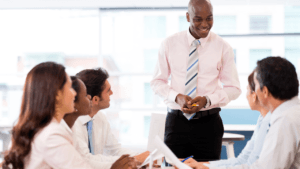 So, I would set up one to one’s with every member of the team to get to know them a little, and I treated every team member equally. I had the same belief in everyone. The advice I was given previously would not influence my opinion on the team whatsoever.

Then, following my one to one’s, the team actually performed well. This was a surprise to my boss, and the results we were seeing. Work was getting completed on time, and everyone seemed a lot happier. As I say, I believed in them equally, and they could feel that from me (as we discussed earlier).

If I had listened to my boss’s advice, and treated his weak links as my weak links, then I would have just told them what to do. However, I wouldn’t have expected a lot from them, which is a very bad way to start with a new team. My advice to you is believe in your team equally, don’t listen to anyone else’s advice on your team. Make your own opinions.

I have no doubt that there is at least one weak link on your team, and you may have had a difficult time recently trying to motivate them. But, as you are reading my posts, you now have lots of leadership principles that you can apply, and will help you with your weak link.

Make a fresh start with them, and take action on what you have learned. Build trust with them again, build on your relationship with them, and influence them. Use your influence to help them connect with other members of the team, and the organisation.

You are responsible for the whole team. It is up to you to make this happen, so go and do it. Believe in every single one of them equally, and influence your team positively.

4. Avoid The Blame Game With your Team

When I worked on Scotland’s railway in Edinburgh as an engineering production manager in 2011, I was part of a 5 man rotating shift team. I worked there for two years and I was the newest member of the team. It was a very tough job, especially at the beginning.

But, after a few months of settling in, and getting to know everyone, I really got the hang of it. I made some great changes with the manager’s in-process checks. We became more visible to the teams, and we got out of the comfortable offices to talk to people. We gave a lot more help to the teams with any issues they had. 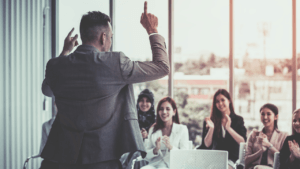 However, after about 18 months of working as an engineering production manager, the performance of the trains was decreasing. My boss was very aggressive and he instantly blamed our team of production managers.

So did everybody else on the depot. To defend ourselves, we blamed the performance teams and the engineering department for not maintaining the trains properly. It just became a finger pointing exercise.

In the end, the depot manager was “told” by the engineering director that he had to do something about it. So, he blamed my team, and ultimately my team blamed me. Not because I was the weakest link, but because I was the newest member. Which they saw as a weakness on my behalf, so they made me the weak link.

My own team made the decision for the depot manager, so on my first day back (it was a Monday morning) he called me into his office.

He asked me questions like: “How do you think you have performed since starting with us?” “Have you been having any problems at home?” “Do you think you’re as good as the other guys?” “I brought you here to change things and you haven’t.”

I was shocked at what he was saying to me, but I answered honestly and said “I have been doing my very best.” “I don’t have any problems at home, because I live on my own.” “I know I am as good as the other guys, and I strive to get better every day.” “I have changed things, I have made a massive improvement on the in-process checks.”

The depot manager was a very low performing leader, so all he could see was negativity. He only listened to the things that were going wrong. He could only see the people who were making mistakes and the weakest links. He could not see any of the good work that the whole team, and I were doing.

He told me “Your best Tom has not been good enough for me.” “I need to move you out of the production management team.” When he said that I just wanted to burst out crying. I couldn’t believe what he was saying.

I moved into the performance team and after 6 months I moved over to Glasgow in a different team and took up a leadership role again. Then, after about the same amount of time, that same depot manager was replaced by a younger model. So, the business actually saw him as the weak link in the Edinburgh depot, not anyone else.

20 thoughts on “Make Your Team The Best They Can Be”