To be noticed in this world, it is essential that you challenge the norm and do things differently

By going that extra mile and putting in that bit more effort, you will overachieve. When you overachieve, these things get noticed. Hence, you get noticed.

A lot of people don’t think that they should take pride in their work because it is “only a job” or they’re “being paid”. The fact that you are being paid to do the job should fill you with more pride than if you were not being paid.

1. Do You Take Pride In Your Work?

When you take pride in doing the best work you can, it shows your boss and your team mates that what you’re doing is “important to you”. It also builds trust and increases your influence.

Well, overachieving can definitely increase your marketing with people spreading the word about your overachievements. Even if you are not too happy with how you or the team are being treated, don’t let it bother you. Your motivation is to increase your influence through working for yourself.

You will be well on your way to becoming an excellent team member, and not an average team member. Basically, you will become the leader within your team, even though you are not in the leadership position. 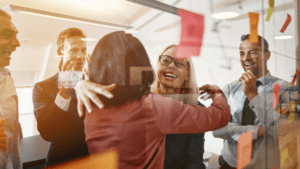 After a period of time, your overachievements will become the new standard for everybody else to meet. Then, because the standards have altered, so will the processes that your team and all the other teams in your department follow.

When improving processes in any department, it’s a huge change. Most of the organisations I have worked in actually expect process improvement from the team members, but it’s rare that it actually comes from them. It usually comes from consultants that have been hired in.

An excellent team member is more than capable of improving the working processes. This could be you, and you can set the new standard.

I want to share an example with you from 2009 when I worked for the train operating company in Liverpool as an engineer.

The wheels on the trains were not lasting as long as they should. They are supposed to last for approximately 6 years, but these were not even lasting 3 years. Something was wrong, and nobody was doing anything about it.

The reason for that is because they didn’t want to deal with the company who built the tracks. Within the UK, the train companies and track companies are totally separate, so there is a lot of politics for whose fault it is when things go wrong.

My job at the time was to deal with these issues and provide as much evidence as possible to my boss. He would then go and fight each incident that caused a delay in service with the track company every Friday morning.

I went to a few of these meetings and the discussions that they were having were laughable. A lot of moaning, whining and finger pointing was going on.

Sometimes, just to get the meetings over with, my boss would concede some incidents, even when it wasn’t “our fault”. I could understand why he would do it, because some of the conversations being had got extremely heated.

Especially when it came to incidents between the wheels on the train and the track. It wasn’t a nice thing to witness.

So, after being involved in these meetings, I recommended to my boss that I take on the project to improve the interface between the wheels and the track. My goal was to increase the wheel life, track life and the relationship between the two companies.

I do like a challenge. I felt that this could be one of the biggest challenges in my career so far. It was a great opportunity to try and unite people too, and help them to improve their processes. There was no better time and place to test myself and bring out my best.

The first thing I did was approach the track company, and ask them to nominate a person who I could work together with on this project. I had to involve them as much as possible if I was going to break down these barriers.

Eventually, they nominated a guy called Mark, and he was a great guy to work with. He was a lot more experienced than I was, so I figured I could learn a lot from him.

However, this obviously wasn’t working properly, so Mark and I worked together to improve how the lubricators were performing.

We decided to increase the inspections, and increase the rate of replenishment of the lubricating grease. We also tried to move the lubricators around the network every so often until we found the sweet spot for the wheels.

At first, this worked well and we could see a reduction in incidents that involved the wheel and track interface. However, both Mark and I became dissatisfied and needed to think of other methods or processes to improve the situation.

So, we had a number of joint meetings and involved more engineers from both companies. I was promoting us working together to produce new ideas and better solutions.

There was an engineer who worked for the same company as me called Ian, he was an excellent engineer. He always went the extra mile and trying to improve our processes. Most of all he loved helping people. He was a true leader within the engineering team, and his influence was ever increasing throughout the organisation. 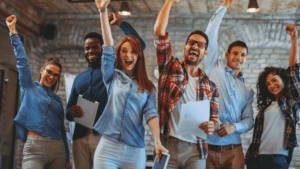 He suggested that we speak with other train operating companies in the UK who had wheel lubricators fitted to their trains, and worked alongside the track lubricators. Taking his advice, Mark and I went right to work.

We spoke with the top companies in the country and they all had the same opinion, that wheel lubricators do work and that we should adopt this method. So, we did. Mark and I approached the manufacturers, had a trial fitted to one train for a month which was very successful.

We went through all the correct safety and engineering change legislation for approval. Then within a few months the whole fleet was fitted with wheel lubricators.

Ten years later, they are still fitted and the wheels are lasting and performing better than ever. They’re not quite hitting 6 years, but they are definitely within the 5-6 year range.

The relationship between the two companies continues to work well too. Following our project, there have been many more joint projects working successfully.

I must admit, we overachieved on this project and beat everyone’s expectations. Following this project my level of responsibility raised. Then later down the line I was offered a job in management working for Scottish Railways, which I accepted.

Mark and I have kept in touch over the years, and he too has climbed the ladder using similar principles to what I am sharing.

All I did was recommend that we change a few things, that we bring people closer together, and we improve our processes. It isn’t a lot, but it had a huge impact on all involved.

You can do something very similar in your industry and organisation.

Look at what you have achieved in your life, look at the ability you have. Do they match?

14 thoughts on “Are You An Overachiever?”