You will use these options to enable you to be more in control of your future and most importantly yourself. As your character level keeps increasing, so will your influence, and your people who have the right attitude, and with values that are similar to yours will choose to follow you.

They will not try to raise their character level like a highly effective leader would because that will conflict with their values. They want to poison the team, and in my experience they usually spread their poison successfully.

If anyone on the team was trying to raise their character level or increase their influence by becoming more effective, then we would pull them right back down to our low performing level. We couldn’t let anyone become the “main man/woman” or the “superstar” of the team.

Unfortunately, it was this thinking that made us one of the lowest performing teams in the organisation. Luckily for me I was only 19 years old, so I had a lot to learn.

It wasn’t until I was 22 years old that I started to “see the light” and realised that I could make a difference, I could become a highly effective team player, and eventually a highly effective leader. I changed my attitude from being negative and “cool,” to being positive and “ambitious.” 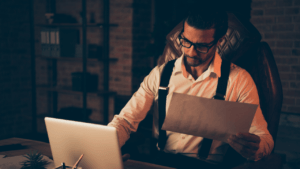 The low performing leaders on my team did not like this at all. I got teased by them, and was being accused of “boot licking,” and “brown nosing” to the bosses. It got a lot worse than this too.

It was up to me to decide if I was going to listen to the low performing leaders, and allow their insults to get to me, and then lower myself back down to their level. Or, I could decide to keep raising my character level and work on myself to become a highly effective leader. I chose to do the latter.

Their ambition is to try and shame any team member who wants to make a positive difference into lowering themselves to their low performing level. They use manipulation tactics, and when they succeed, the whole team becomes low performing.

Highly effective leaders know how to handle working with low performing, poisonous leaders. They can control themselves to not be influenced by their negativity, and will never drop their high level character to anywhere even close to a low performing leader.

They can also do this if their boss is low performing and poisonous too. Or, if the organisation they work for has a poisonous culture, then they will know when to end the relationship and move on.

Building relationships, and influencing the people who are vulnerable to being controlled by low performing leaders is a responsibility of a highly effective leader. They want to help their people in raising their own character level, and increasing their influence in a positive manner.

One of my greatest achievements was building the strength and the courage to stand up against low performing, poisonous leaders. It took me a while to build that strength and courage, and it was extremely difficult to stand against this negativity, but I learned how to do it and eventually broke free. 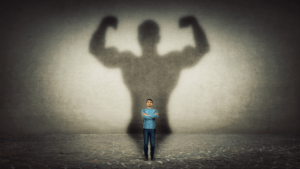 There are a lot of really good people I have worked with in the past who could not break free of the negativity, and they are still in the same place today. People find it especially more difficult when they don’t have any highly effective leaders who can help them, and who they can follow.

In the end, people give in to the negativity, and let themselves be controlled because it is the easier option.

It’s the easy option to remain in a negative team, and keep negative relationships with people. The ironic thing is, the negative people want things to improve, but they focus on the wrong things.

The purpose of writing this post and creating my website is to help you to learn how to raise your character level, increase your influence, and spread positivity through your team and organisation. As you do this, you must IGNORE NEGATIVITY, and you must avoid the low performing, poisonous leaders.

You must also be committed to your people who need your help, so that they can raise their character levels, and increase their influence just like you.

As I started to climb higher on my journey, and the more people I helped along the way, I received quite a lot of praise from people and colleagues. I also found that from people who I considered to be friends once were not very supportive at all.

They would be trying to bring me down to their level, but I didn’t let them, and I ended our relationship. This is something you must do too, if you have to that is. It is not easy, but it is the only way you can continue to raise your level and increase your influence.

10 thoughts on “Can You Ignore Negativity?”