When people talk of role models, they are more than likely talking about someone famous (E.g. a sports star, actor or musician). My role model as I was growing up was a guitarist called Eddie Van Halen from the band Van Halen. I play the guitar and have played in bands when I was younger and he was the one I looked up to.

Other times people are often talking about family members when it comes to role models (E.g. Mother/ Father, Grandmother/Grandfather or Brother/Sister).

However, what we all need to understand is that when we are at work carrying out our tasks, we are ALL role models. No matter where you are in your career, we are constantly being observed by our peers every hour of every day.

When you are at work, do you have a role model? Who do you look up to and want to emulate as you go through your career? Does your role model have a positive influence or a negative influence? Are they at work to make a difference or are they there to do as little as possible and just get paid?

Do they share ideas to improve the team or the organisation? Do they help others in the team and encourage them to do the same? Do they help you? As you are also a role model, what type of role model are you?

1. We Are All Role Models

It’s very important that you understand what people are seeing as they observe you as a role model? Do you have a positive or a negative influence?

It’s inevitable that the organisation you are working in (not working for, as you work for yourself) will change constantly, that is how the world of industry and business works. The corporate term for this is “continuous improvement”.

However, for a lot of people throughout the world of business, change is difficult to handle, so they resist it. The people who resist change within your organisation will not have a good reputation and will have a negative influence with the leadership team.

They only really have influence, positive or negative, with their peers who may also resist change and make things difficult. 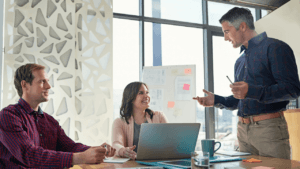 Within your organisation there are also people (usually the minority) who love change and grab it with both hands. They have a very good reputation and have a lot of influence with the leadership team.

I have always emulated the people who have the good reputation and high influence. In my experience, by doing this it was pointed out to me that I was making the rest of the team look bad. So, I was often dismissed by some of my peers and accused of “ass kissing” or “bootlicking”.

If you have had a similar experience to me then you cannot let them get to you or hold you back. You have the potential to become the best person you can be, and make a huge difference in your team, your organisation, your industry and in your life.

You will come across people who will go out of their way to put obstacles in front of you. So, remove those obstacles and keep moving forward on your journey, not backward.

Keep in mind that the people, who are giving you a hard time and are accusing you of making them look bad, are actually making you look good. They are in the position they are in through their own fault, it has nothing to do with you.

When you are helping the team and the organisation improve, accepting more responsibility and increasing your influence, you are setting yourself up for great things in the future.

You are also becoming a great role model for others in your team, especially the new and younger team members. They will want to emulate you and follow you, which is exactly what a great leader has….followers.

I am proud to say that I stood for what I believed was right throughout my career and followed the right people, and because of that I am building a great life.

So far I have worked and lived in four different cities and become an engineering leader within the UK rail industry by the age of 36. I want you to do something very similar, or even better, because you have that potential.

3. Embracing Your Own Potential

As we have discussed earlier, who do you work for? YOU! Who is your number one customer? THE BOSS! Who do you need to impress the most? THE BOSS!

If you implement what you are learning from this website, then you will surprise yourself at what you are able to build as a life and career. The future you can create in your current position and a leader will be unimaginable to you right now, but trust me you can do it.

The organisation you are working with right now has opportunities that you don’t yet know about, but you will come to realise. Ensure you are fully prepared for those opportunities, so you can take them when they arrive.

A leader sees more and sees farther. As you move forward on your journey, you must keep your eyes wide open and be prepared to see more than others.

When I was 16 years old and I started my engineering career as an apprentice mechanical engineer in Liverpool, I was excited by the prospect of having a job for life. That was how we were encouraged as apprentices.

So back then, I could never have imagined building a career, being on the journey that I am currently on, or doing what I am about to describe to you.

In 2010, I was working with the train operating company in Liverpool as a graduate/project engineer. I had just recently completed my degree and was also a member of the institution of mechanical engineers (IMECHE).

I was increasing my influence by volunteering to help the institution with their events and young members, and by doing this my name got about the industry. 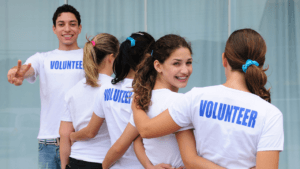 So, I was approached by a worldwide company called Serco to help them on one of their projects for two weeks. My company very nicely allowed me to be part of the project, which was to develop the asset management strategy and engineering depot operations plan for a new train operating company in Delhi, India.

So, I would be working in India for two weeks, leading a major project. I couldn’t believe it.

When I arrived in India and began work, I saw this as an opportunity to learn and increase my influence within the industry. Basically help my business (ME) grow. I was there to do a job, but I was also there to travel further on my journey and in the right direction.

4. Opportunities To Increase Your Influence

The opportunity to help the engineers increase their influence and set them on the right direction was more than the opportunity of just doing a good job. If I took care of the people, then the job would take care of itself. I wanted them to see me as a role model.

I also wanted them to see themselves as a role model to their peers. I told them that they are also constantly being observed and that they should do their best to have a positive influence on their team and their organisation. I think it worked because the company in Delhi are thriving and their engineering team are one of the best in Delhi.

I kept in touch with a few of the engineers, who have now gone onto bigger and better things. This obviously wasn’t all my influence, but I take pride in knowing I helped them and influenced them a little bit.

Always remember that your actions can influence a person in either a positive way or a negative way. How would you like to influence your people? What type of role model would you like to be? Choose wisely, because your decision will either keep you on that right direction or move you onto the wrong direction.

Leading by example is the sign of a great leader

34 thoughts on “Who Is Your Role Model?”