Whatever you do, never try to “wing it.” If you do that you will lose your credibility, your integrity, and damage your reputation. Have the courage, and have 100% certainty that you don’t know.

I have been part of the engineering industry since 1999, and in that time I have worked with an automotive company, a gas and heating company, and many railway companies. All these types of companies have a lot of things in common, but one of the main things is “gossip.”

You probably know this yourself. I don’t think one day went past when I didn’t hear a new rumour about someone or something, throughout my whole career. These rumours usually came from people who either just made them up, or they heard something and got the totally wrong end of the stick.

It was incredible because as I climbed the leadership ladder, I found that no matter what level you are in the organisation, the rumours are spread everywhere. They could have come from the highest level in the organisation or from the lowest. Everybody spread the gossip.

1. Why People Spread Rumours In The Workplace

The reason people spread gossip or rumours was to try and get everybody else to see them as “go to” people for information. They thought that this would make them more credible within the organisation or their department. But, most of the time the information they spread was either untrue, or completely off from the actual truth.

So most of the time, their credibility would be lost because they were spreading misinformation. I found it strange that people who didn’t have a clue what they were talking about, would spread information that they were not even 50% sure of.

Rumours and gossip can come from every level of the organisation or industry, not just at the lower level teams. Sometimes it becomes a rumour by default because the CEO says something they believe to be true, but doesn’t 100% know it.

Then someone who was in earshot of the CEO may spread what they say, and it turns out to be untrue. That will discredit the CEO because everyone will know it came from him/her.

Others may receive information from someone they confide in 100% and would not believe that they would give them false information. So with that belief in tact, the information will be spread, which again turns out to be untrue. 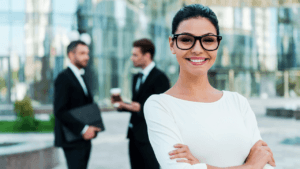 2. Knowing The Facts NOT The Gossip

If they share something that they are unsure of, they risk losing their credibility and integrity, so they will avoid doing that. If you spread something that you do not have 100% certainty that it is true, then you are placing a very high risk on yourself.

You will lose your credibility and integrity, and your reputation as a highly effective leader will be damaged.

When I started out my leadership career as a project manager, I learned very quickly that I needed to think before I spoke. But not only that, I needed to ensure I had certainty over what I was saying.

When I was an engineering production manager working on the railway in Scotland in 2011, I learned a very valuable lesson. Never try to “wing it”.

I was not fully informed on what happened, or if the issue had been fixed or not. So when I was asked the question, I was so frightened because I didn’t know, that I told my boss that the incident had been fixed. When in fact, my boss knew more than I did, and he was trying to find out how much I knew.

Unfortunately for me, the issue had not been fixed and the train would not be serviceable for another day or two.

As you can imagine, my boss was not very impressed to say the least. He gave me a right good “telling off” in front of everybody in the room. I was so embarrassed because there were people in the room who I managed. To be honest, a “telling off” is quite light compared to what I really got from my boss.

Another lesson I learned was to make sure that my team had 100% certainty too whenever they were relaying information. I did not want them to make the same mistake as me by “winging it.” So whenever we had a team meeting and I asked a question like, “what happened when…”

Or, “Do you know how this happened…” If they gave me an answer which explained that they knew what happened, I would always ask a follow up question like, “How do you know?” I wasn’t trying to catch them out, I was trying to help them be 100% certain.

There were occasions when certain team members tried to “wing it” with me, however I would always tell them about the mistake I made, and that they should not do the same. This helped them, and enabled us as a team to ensure we always had 100% certainty. 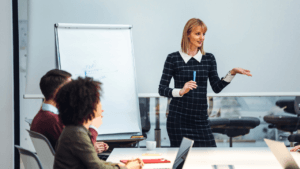 Since making that mistake in 2011, I have become very comfortable with telling people “I don’t know.” For me, being able to do that is good leadership. I will never tell anyone that I know something when I don’t. If you do that, it means you are an insecure person.

However, if you are comfortable with saying you don’t now, it shows the other members of your team, and the leaders that it is ok to say “I don’t know.” So it will benefit those around you too, which again shows good leadership and is a powerful message.

Another powerful message is telling your team that it is not ok to “wing it” or say you know something, when in fact you don’t. Highly effective leaders will never try to “wing it.” If they do then they will lose their credibility and integrity, and damage their reputation.

A low performing leader on the other hand are insecure people, and it is highly likely that they will try and “wing it” when they don’t know something. This brings out their insecurities to the forefront.

Throughout your organisation and your industry, no matter what you say, your credibility and integrity is at stake. So ensure that you have 100% certainty on everything that you say, that includes when you say, “I don’t know.” If you want to gain the trust from your team and for them to allow you to influence them, you must have certainty.

To have certainty is a very valuable lesson to learn, and should be practiced every single day of your life, and every time you speak. You never know who is walking by and listening to what you’re saying. It doesn’t matter if you’re in the lowest position in the organisation, or the CEO. Every single person must have certainty every day.

When working on ourselves, we must turn the lesson of having 100% certainty into a habit. We must practice this so much that it becomes second nature, and it must feel very uncomfortable to us if we ever try and “wing it.”

We must also help others who we find that do try and “wing it.” Sometimes people try to “wing it” out of fear, like I did in 2011. By helping others and showing them that it is ok to say, “I don’t know” will show really good leadership.

Don’t let ego, pride, or even fear get in the way of learning the lesson to have certainty. The only person who will lose out is you.