To connect with your team, you must listen 80% of the time.

This was a big mistake on my part because we now know that the leader’s role is to do the exact opposite.

I thought of myself as the “expert” because I was in the leadership position. But I was by no means the “expert”. I had a team full of experts, so I should have listened to my experts a lot more, and leveraged their expertise.

When I started reading leadership books and taking my leadership development more seriously, my listening skills started to improve. I was also improving at letting my team members do 80% of the talking in our conversations.

Especially when we were talking about their frustrations, or personal issues. My leadership styles were improving every day, as I worked on myself every day.

Asking questions of my team, rather than giving them the answers or suggestions was something I developed too. Especially open questions that would enable my team member to draw out more information from inside themselves, and eventually work out the solutions themselves with my guidance.

By doing this I was respecting my people, and they would respect me because I listened to them.

When asking your team members questions and helping them draw out their own answers and conclusions, it takes more time than just telling them the answers. But, it is worth taking more time because you are going beyond communicating when you listen 80% of the time. 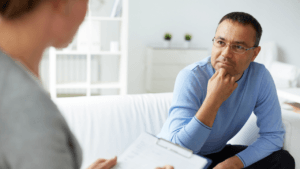 2. Connecting With Your Team

You are connecting with your team. When connecting you are increasing your influence, and building up stronger trust with them.

What you will find is, when you make stronger connections with your team, they will become more successful. They will achieve more, so again it is definitely worth taking more time with them by asking them open questions (what?, who?, where?, why?, how?).

When the team start to become more successful and achieving more than they thought, you will find it even easier to get them to buy-in to you, your ideas, and any changes you want to implement.

You and the team will grow together, and you will grow closer. You will no longer need to set the direction for the team, they will happily follow you on their own down the right direction.

The team will choose to stand beside you and unite as one team. When that happens, you will know that your influence is increasing with the team every day.

To return the team’s loyalty, trust and faith in me as the leader, I would do my best to help the team as much as I could. I would help them to solve their problems. I would support them and use my leverage to promote any new ideas that the team had.

I would ensure that my presence wasn’t an obstacle to them at any time. I would remove obstacles for the team when they needed me to. I would constantly be available to listen to the team. I would continue to ask the team open questions when it was necessary.

There were occasions when I would let team members lead the team, and myself when it was needed. When I listened to the team I was being led. By listening to them team, I was creating leaders. By writing this article for you and building this website, I want to create a highly effective leader out of you.

3. How I Changed My Leadership Perspective

Since working in the engineering sections of the rail industry, one thing I have always been associated with is train performance. Have trains performed well in service? Was there any delays? Was there any failures/breakdowns? Was there any cancellations?

These are all questions that I heard every day as part of the rail industry. When I was engineering technical manager working in London, there was one particular fleet of trains that had been performing very badly for about three months straight in 2016.

The leaders of the business wanted to know why. So they arranged a meeting for my managers and I to present to them the reasons for poor performance, and what we were doing about it.

There were so many reasons for the fleets poor performance; doors failing, couplers not interlocking properly, brakes issues, wheelsets wearing, etc. This fleet had been poor for years, but the engineering team had just done enough to keep it going.

They didn’t go the extra mile to work as a team to improve their own, and the train’s performance beyond expectations.

I knew I had a challenge on my hands. So, instead of laying into the team and demanding ideas of them, me doing most of the talking, I decided I would change it around. I decided I would let them tell me, and I would listen to what they thought.

I wanted to find out from them why they hadn’t gone beyond expectations. I wanted to know their ideas so we could implement them and turn performance around.

The team felt like they had never been listened to before, so it was difficult to get them to open up at first. This was new territory to them, they didn’t know whether I was trying to manipulate them, or if I was being genuine. So, I stopped.

I decided that it was up to them to come back to me with a solution on how to improve performance, and they were going to present to the senior leaders. 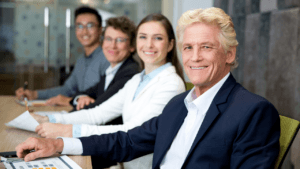 So, they got together in a meeting room to brainstorm their ideas, but all they did was bad mouth me for making them do this. They couldn’t come out with any ideas, so they wasted the whole time they were in the room together supposedly brainstorming.

So, when I went in to their “brainstorming session” and found that they were just moaning, instead of working, I thought I would try again to get them to open up. I asked them open questions, and then would listen to them.

For about three hours I listened to the team tell me why they shouldn’t be doing this, why the trains performance will never improve, why the fleet of trains should be scrapped. Every negativity that they could come up, I listened to for three hours.

So, I made another decision. I decided that I agreed with what they were saying. I said to them, “Ok guys, if that’s what you’re telling me, then we can’t go any further. Let’s end the session here.” They were surprised at my reaction because they were expecting me to fly off the handle.

But, I didn’t. I then told them, “Make sure that when you present to the senior leaders that you tell them there is nothing we can do.” They looked at me and said, “We can’t say that to the bosses, they will fire us.”

I said, “You’re right. But, you have decided there is nothing you can do, and I don’t lie to my bosses. So make sure you tell them the truth.”

Straight away, they decided they will start the brainstorming session again and come up with a solution. So, I left them to it. The next day, they had a full presentation of the reasons for poor performance, and three new modification ideas that would help the trains to improve their performance.

When they implemented the new modifications later in the year, the train’s performance improved. All by working together as a team.

30 thoughts on “Do You Listen More Than You Talk?”