The principle I want to share in this article is one that you must master to become a highly effective leader, and be the best person you can be. It is not an easy principle to master, I have found it and still find it difficult. But, it is essential that you overcome the difficulty.

A good example of this would be the exercise I set for you earlier in the article “Don’t Hold Your People Back“. If you did the exercise then you looked inward, and accepted that you need to work on yourself to improve. So, you accepted responsibility.

The managers who are too insecure, and not interested in becoming highly effective leaders looked outward and said “I don’t need to do this, someone else needs to do this.”

So, they did take action by doing the exercise. You can clearly see the difference in mindset between a low performing leader and a highly effective leader. 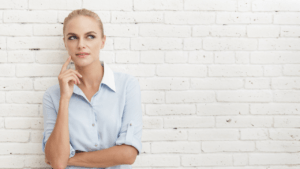 The managers with a low performing leader’s mindset will be making any excuse they can to not do the exercise. They are probably upset and even blaming me for them not being deliberate with their personal growth.

I urge you to think hard, look inward, and realise whose fault it really is for not doing the exercise. Whose fault is it for not working on yourself to improve? Yours.

On the other hand, I know for a fact that the managers with a highly effective leader’s mindset will be agreeing with me.

A highly effective leader always looks inward. So, what would they do if things weren’t going well, or the team were not performing? They would look inward and ask themselves questions like:

An low performing leader always looks outward. What would they do if things weren’t going well or the team were not performing? They would look outward and say to themselves things like:

A humble, highly effective leader doesn’t need or even want any credit. They are the leader, and it gives them pleasure to raise up their team, and give them credit for excellent work. They are more than happy helping and working with the team to make things happen.

A low performing leader jumps at the chance to take all the credit they can get. They will even put other team members down, if it helps raise themselves up. I have actually seen this happen on many occasions. In every industry in the world, this is very common.

Especially when their boss or their boss’s boss is in the area. I find this very sad, and is one of the major reasons why I have started highlyeffectiveleader.com.

When I was working in Liverpool with their train operating company, I was going through university, and I was allocated a mentor. His name was Ron and he was amazing. He had been managing director of a couple of big companies in the rail industry.

When he started mentoring me, he was a director of a multi-billion pound global company. So, one day I took him on a tour of the train depot along with our engineering director Kevin. I did this so he could see how we were doing, and show him what a good host I was. 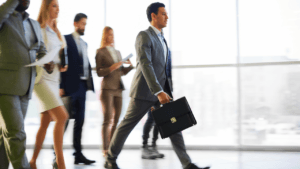 I planned to stop in each department, and introduce Ron to all the different teams. I was inexperienced in showing people around, so Kevin helped me when I needed it. Kevin was a true leader and I followed him because I wanted to.

When taking Ron around, Kevin would introduce him to the team’s and then would allow the supervisor to explain to Ron what they did. They told us what was working well, and what needed to be improved. Ron listened and asked a few questions, it was nothing intrusive or trivial, just a polite conversation.

One thing I noticed about Kevin was, before we left each area, he would always tell Ron what a great job the supervisor and their team were doing. He never took any credit for anything.

When we got to look at the trains that were under repair, Kevin would point out to Ron the modifications that I had worked on. He would then “give me the floor” to go into detail of exactly what I did and why.

The trains had improved their performance when Kevin joined us as engineering director, but he didn’t take any credit for that either. He praised me and the whole team for all the good things that were happening.

He made us all feel great that day. I even feel great now writing and thinking about that day. The really great thing was, Ron was very impressed and left the depot satisfied. He was happy with what I had done, and how one of his depots were performing.

That was true leadership I witnessed that day, and is one of the reasons I am in the position I am in today.

Our engineering director used Ron’s visit to help him raise his teams up that day. He made us all feel comfortable, and happy at the end of the day. He increased his influence with the teams, and built even more trust with us.

A highly effective leader gives out more credit than he/she takes, and takes more blame than what he/she gives out.

22 thoughts on “How Are You Willing To Change?”