So, basically they are fired if they either behave negatively, have a bad attitude, can’t control their temper, or, aren’t trustworthy.

However, when these people are hired, they are hired because of their competency (what they know). So, it would make sense to help our teams build on their characters at work. That way, they have less chance of being fired. It would also show our teams that we do care, and that people’s emotions are important to us.

Emotions are important because within a team, one person’s emotion can infect the whole team. Especially if that is a negative emotion. When I was an engineer and part of a team, negativity was very common.

You can witness this for yourself.

When you are next in work and you are in the break out area, try to listen in on a group’s conversation. Listen out for what the general mood of the group is. Is it positive or negative? It will most likely be negative because negativity is a lot more contagious than positivity.

Do the same thing when you are part of a meeting. What is the atmosphere like in the meeting? Is it positive or negative? Make a note of it, and see if there is a common theme between the different meetings you go to.

When you are part of a group discussion, or in a meeting that is mostly negative, do your best not get dragged into the negativity. This is not easy to do, but it is imperative for you to remain on the right path to becoming a highly effective leader.

If you become a negative person in your workplace then you will have a huge impact, but the wrong impact. You will infect others with your negativity. You will hinder your chances of new opportunities. You may not receive a pay rise. You most certainly will not be promoted. Most importantly, your influence will decrease.

When a highly effective leader is part of a negative group discussion, they either remain silent, or they try to infect the group with positivity. So, try to do the same and bring positivity into the conversation, or just remain silent. 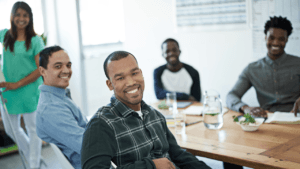 Observe everyone in the group while the negative discussions are taking place. Spot who the ring leaders are. It is highly likely that they are low performing leaders, as this is a very common trait of theirs.

Over the years of working in the engineering industry, I always found that the most negative people were the ones with the loudest voices. Do you find that to be the same in your industry too?

They shout the loudest because they want to bring everybody around them to their level. They enjoy being the ring leaders of negativity. They want everyone to be just as low performing as they are.

Highly effective leaders are sadly among the minority in the workplace. So, don’t get discouraged if you are outnumbered by low performing leaders. Keep spreading your message of positivity. It is times like this that you will truly be building up your character.

In the early days of my career when I was in my 20’s and started studying leadership, I would do things that would keep me positive. One of those things was to go onto social media and join leadership groups. I wouldn’t join so I can chat every day.

I would join with the idea that I could read the positive stories from leaders. One day while reading these stories, I came across Zig Ziglar. He posted a picture with a quote on it that read “Do something today that your future self will thank you for.” I loved that quote.

So, what I did was print this quote off and stick it up on the notice board in the office I was working in. I was working for Liverpool’s train operating company at the time.

It remained up there for as long as I worked there, which was 6 years. I was searching through these groups on a daily basis for more positive quotes. I remember one from Simon Sinek which said “True strength is the courage to admit our weaknesses.” Again I loved this quote.

But, instead of putting it on the notice board, I emailed it to everyone in our engineering team. Some people laughed, but most replied to me saying thanks. So I continued to email our team similar quotes from the groups I had joined. 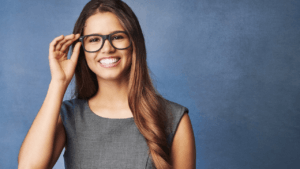 I have worked with many negative and low performing leaders, but none more so than when I worked in Edinburgh. I was engineering production manager for Scotland’s train operating company in 2011. There was one particular person whose name was Tam (His real name is Tom, but in Scotland they say Tam).

He was a very hard worker but he was often frustrated and angry. His attitude was very negative towards his team leader, me and his teammates.

I asked Tam how he knew that nobody would listen to your ideas. He replied, “I don’t know it for sure, but I just know.” He felt that his team wouldn’t listen, so he was just assuming.

I told him to give it a try with his team leader, to share one idea with him. Then, I printed off the Zig Ziglar quote “Do something today that your future self will thank you for.” He laughed as I expected, but he took it with him.

The next day, Tam approached everyone with a smile and a hello instead of a frown and a growl. He was intentionally positive all day. It was hard, but he did it.

The next shift that Tam was working, he asked his team leader if he could have a word. He shared the idea of job swapping within the team. He thought by doing this, it would develop the rest of the team to become better engineers as they wouldn’t be doing the same thing every day.

His team leader then came to me with Tam’s idea and I said “Go for it!” So that’s what they did, and it worked.

Tam’s idea helped build the morale of the team, and they showed their gratitude by taking Tam out for a beer. Tam’s attitude totally changed. He was smiling a lot more, and he was no longer angry or frustrated. His positivity shone though and he became a highly effective leader.

If your team’s morale is low and nobody is doing anything about it, take the responsibility to improve it yourself

36 thoughts on “Master Your Emotions”