Even though I have been manipulated by some of my line managers and team mates, I have also been motivated a lot more. I have worked with some highly effective team players, and leaders, and they were great at motivating me.

When you motivate a teammate, you enable them to take a certain action because of you. As a highly effective leader, the fact that you are part of their team motivates them. 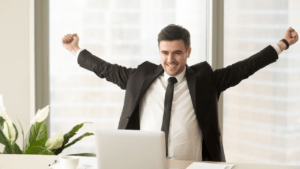 When I became a manager in 2009 and started to lead teams, I found it difficult to motivate the team initially. It felt like me being the manager wasn’t making any difference, and that the team were doing everything the same as we were before. I wanted to make a difference, I wanted to help the team improve.

The team I led were technicians and their job was to maintain trains. This is a very technical job, but the environment can be de-motivating. Especially when you are underneath a train getting filthy, and you see managers walking by you wearing a suit on the way up to their nice, clean, warm office.

That was me when I first took my managers job. However, I realised that if I was to motivate my team, I needed to lead from the front and by example. So, one or two days a week, I would put my overalls on, and I would work with the team on the workshop floor.

I would get underneath the trains doing inspections, and trying to fix any problems. I even went out into service to visit broken down trains. I wanted to motivate the team, and I thought the only way to do that was to be on the same level as the team.

3. Know Your Responsibilities As Leader

I think it’s very important that if you are a line manager, team leader, or a supervisor, you must also be striving towards becoming a highly effective leader. It was my responsibility to lead the team, and results were my responsibility.

But, it was also my responsibility to motivate the team, and the best way I believe to motivate a team is to lead from the front, and lead by example. By helping the team and working in the same dirty environment as them, and seeing things from their level definitely did motivate the team.

The camaraderie between the team improved, we hung out socially a lot more, and we trusted each other. That is what a highly effective leader does.

One of the main tasks I worked on with the team was re-building the train bogies. The bogies are what hold the wheels and axles in place, along with other safety critical equipment. Our team had a bogie expert, so I took the lead from him. I could see that he really enjoyed leading his leader, and it motivated him a lot.

The rest of the team fed off watching their leader being led, and they too took motivation from it. I was being led and influenced, but at the same time my own influence increased. Being part of the bogie building team, and helping them where they needed it enabled us to improve and fix more trains in one week than we had before.

All because we were highly motivated.

I must say I had a lot of fun being part of that team, and they had a lot of fun working with me too. Every Monday we had a team brief and we would discuss the work we did the previous week. The team were excited to present their results because they were always improving each week.

I made sure I sat out of the briefing and let the team run with it.

We set our own targets, and I vowed to work alongside the team on the workshop floor and “get my hands dirty” every week. I did this because I knew this was the best way to motivate my team, and most of all it was so much fun. 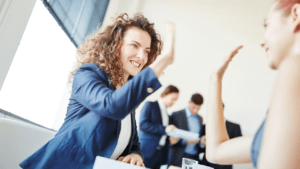 4. Recognise When You Are Being Manipulated

I’ve also been part of teams who were manipulated more than motivated. As I discussed earlier, I have been victim to manipulation. When I was engineering technical manager in London, my line manager manipulated me very aggressively.

He was using his position of authority trying to persuade me that I needed to fallout with my colleagues, and blame them for things that were going wrong. Manipulation was the norm in that company and I was oblivious to it even happening.

So I went along with my line manager and I began to fallout with people and blame them when things went wrong.

In the end it backfired on me, and I started to get blamed for a lot of things. So after a while, I almost broke down and I left the company.

Manipulation is a very selfish act, and when it happens to you it is highly embarrassing. It causes you to lose all your confidence in yourself, and any hope that you had.

Motivation is the complete opposite. It is a very selfless act, and when motivating another person, you are looking for mutual benefit and a win/win situation. It gives the other person more confidence, it fills them with hope, and most of all it makes the other person and yourself happy.

Dictate from the back and people will run away from you. Lead from the front and your team will follow you.