Most people throughout the world focus on weaknesses, and neglect their strengths. I am here to tell you that focussing on weaknesses in the area of competency is wrong. You must focus on strengths.

Throughout the world in most industries, it has been embedded into people (us included) to focus on the areas that we are weakest in, when it comes to our competencies. The idea is that if we focus on weaknesses, then we can try to improve those areas. However, while we are focussing on weakness, we are neglecting our strengths.

We are not practicing them, so we are not fulfilling our competency potential in those areas of strength.

1. Focussing On Your Strengths

Highly effective leaders want to fulfill their potential, so it is very important that they understand where to focus if they want to enhance their competencies. When I began focussing on my strengths instead of my weaknesses, I could feel a huge difference in my performance and so could others.

You are strong in these areas because you don’t need a lot of effort to perform. However, your focus needs to be intense, not average. If you only give average focus, your strengths will remain average. If you give intense focus, then you will become an excellent, highly effective leader.

Highly effective leaders are looking for excellence, and that will be you when you start to focus.

When it comes to weaknesses, these are the areas where you do not have the natural ability to perform without a lot of effort. Everybody has weaknesses. If you focus on your weaknesses instead of your strengths, then you won’t become an excellent highly effective leader, and your team will not benefit. 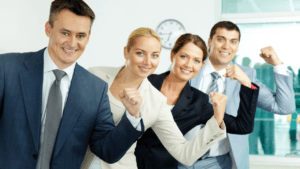 You will definitely improve in the area of weakness, but you will not be able to fulfill your full potential in your competencies. It doesn’t matter if you give intense focus to your weaknesses, at best you will become average, not excellent.

An average team member is definitely appreciated, but they are not as valued as an excellent highly effective leader.

2. When To Focus On Weaknesses

As you are working on yourself every day to become an excellent highly effective leader, and work on being the most valuable team asset you can be, focussing on your strengths in the area of competency and your weaknesses in the area of character will be your secret to success too.

Team members will hold you in very high regard, and leaders will value you to the highest level. The opportunities will also open up to you very fast.

This website, my blog posts, videos and my future materials have been put together to help you to improve and develop your character. To increase your influence and become a highly effective leader, character is where you must put the most focus.

Almost 90% of your results will be down to your character, not competency. That being said, you must not neglect your competency and work on your strengths to help develop them. Otherwise you will not become the excellent highly effective leader that you are capable of being.

Your team deserves to have an excellent highly effective leader like you, so make it your responsibility to work on yourself every day to be just that. Your character will need to be as strong as possible if your team want to build a relationship with you.

When character and competency are working together in harmony that is when you will gain trust from your team, your leader, and your organisation.

If your character and competency do not work in harmony, and are of the highest level they can be in both areas, then you are on the path to becoming a low performing leader. Team members will not want to work with you, they will not be influenced by you, and they will not really accept you.

You probably know people in your organisation, or even on your team who have high competency, and low character. What do you think of them?

Let’s try and understand the reason why this happens so often, and why they are still a part of the team and the organisation.

On the teams I have worked with in the past, there have been many team members who had a low level character, but we still worked with them. The reason we did was because there wasn’t anybody else to do the task they were doing.

They were good at the particular task but their behaviour was unacceptable at times. However, we tolerated them almost out of necessity.

There was also more than one team member who had a low level character, and they shared the same negative values. It was difficult for me because whenever I challenged one of them to improve their behaviour, they would team up against me.

I found that to be very hard because I wasn’t strong enough to keep challenging. I just accepted them for who they were, even though they were dragging the team down. 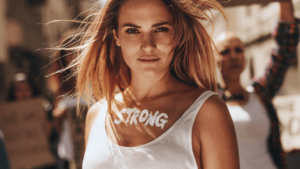 4. When To Work With a Low Performing Team

But, the occasions I have seen this, it was an amazing experience. To change a team from a low performing team into a highly effective team takes a very high level character, and competency working in harmony. There is only a highly effective leader who can pull this off.

It was during my time as engineering technical manager in 2018 working in London, that I witnessed a low performing team be transformed into a highly effective team. I appointed a guy called Terry to join one of my technical teams. Terry was a very experienced and competent person.

But most importantly, he had a very high level character. It was his character that made my decision for me. Anyway, I advised him to help turn the technical team around and improve their performance. Within the first week, Terry showed the team what success looked like.

He set his vision for the team and led the team from the front. After a month, the team’s performance had improved nearly double. Attendance went up, projects were being completed and on time, and every team member bought in to Terry’s vision.

I was so happy and excited that I wished I could have been part of that team and their journey. I helped them whenever they needed it, and it was a pleasure to lead them.

Terry is a highly effective leader, and I learned a lot from him. It makes me smile whenever I talk about him.

18 thoughts on “What Are Your Strengths and Weaknesses?”