For example, if you haven’t done a lot in life and you have no ambition to achieve a lot in the future, then it is a lot easier to have humility.

However, if you have achieved a lot and you have ambitions to achieve a lot more, it is much harder to have humility. The reason for that is, success can go to our heads and people can become cocky or arrogant. They let it go to their heads basically. So, we need to be strong in these situations and make the decision to have humility.

In my experience of working in the engineering industry, I have found that most people do not let success go to their heads. They make the decision to have humility. I believe this is true in most industries, especially with the teams who are not in leadership positions.

A highly effective leader is one who will always have humility, no matter how successful he/she is. They go the extra mile when required, and they help others to do the same and show them the way to humility.

I have always worked very hard to not let any successes I had go to my head. I don’t like arrogance, so I would never allow myself to get like that and I would always have humility. I find that it is my responsibility to make that decision.

It doesn’t matter how we look at it, this is hard work. But we must not give up on making these decisions. 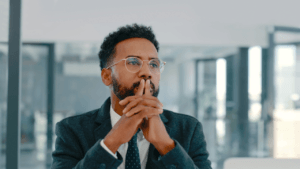 When it comes to allocating tasks to team members they will always have an excuse; it is not their job. They don’t get paid enough. They don’t know how etc.

A highly effective leader would do the opposite. If a job needs doing, they will volunteer first to do that job to the best of their abilities. Especially if a low performing leader decided that they can’t do it.

This is an opportunity for the highly effective leader to raise their status within the team, and increase their influence. So, the secret is, when a low performing leader doesn’t want to step up, jump on the opportunity and step up instead of them.

When a highly effective leader does step up, they immediately increase their influence and trust with the team. They have made the decision to take the responsibility to do the task. Now it their responsibility to complete the task to the best of their ability and achieve the desired results.

If they can achieve these results, then their influence and trust will increase even further. If they cannot then it may cause a lack of trust with the team, and also with their leader.

However, it is rare that a highly effective leader will not achieve at least the desired results. They know that to keep increasing their influence and trust with their leader, they need to help the leader by focussing on the task. They will not stop focussing until the desired results are achieved.

The leader of any team has total responsibility for every result, so they focus on helping the team achieve them. If they don’t then they risk being replaced by another leader. A highly effective leader does not want to see that happen.

As a highly effective leader’s influence and trust increases with their leader, and they continue to achieve results, they will start to stretch their influence. They will begin to influence leaders in different teams and departments within the organisation.

When they decided to take responsibility and achieved great results, they started to build a reputation for themselves. As their reputation developed, they were relied upon to give their opinion on certain things.

At this stage, the highly effective leader is still one of the team, but they are performing at a higher level. They are especially at a much higher level than the low performing leader. 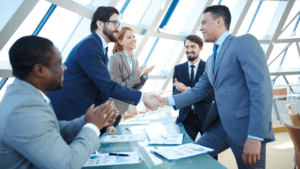 If you were part of a team of low performing leaders, where everybody was insecure and not willing to take responsibility for anything. How would you feel? Frustrated. However, this would be your time to take responsibility, increase your influence with your leader, and achieve great results.

If you were to do this then the leader’s frustration would ease, and the team would see you as a role model. You taking the responsibility would send a message to the other team members to follow in your footsteps.

If you were part of a team of high performing leaders, where everybody was secure and were all willing to take responsibility for everything. How would you feel? Great. Every task would be completed with great results. There wouldn’t be any frustration in anybody, just happiness.

Everybody would find it easy to focus on achieving great things. Everybody’s influence would increase with the leader and each team member. However, this would be yours and the team’s time to influence the other leaders, teams and departments.

If you were to do this, your influence will multiply, your reputation would continue to grow, and so would your followers. It is a win-win situation for the whole organisation. Would you like to be part of this team?

31 thoughts on “Do You Take Responsibility?”