When we feel that we are taking control, we are on the path to great leadership

1. What Are The Conditions?

Now, when you tell yourself you believe in someone, you must be honest with yourself. Thinking about your team members right now, can you honestly say you believe in your team with 100% trust, faith and confidence?

When I was going through my engineering graduate training, my mentor Ron would constantly “show me” how much he believed in me. He would do this by encouraging me, empowering me and engaging with me. There were times I would make mistakes or I would be behind with my quarterly reports, but he would never judge me.

He would simply continue to believe in me. So, Ron was inspiring me every time we met, and I would pay him back the favour. I would do this by recovering from, and trying my best to minimise my mistakes. I would do my best to ensure all my reports, and evidence was on time.

I would give my very best in everything I did, and whenever I could go the extra mile, then I would for him. Now, because Ron inspired me and believed in me, I want to do the same with you.

Whenever I led teams in my future leadership roles, I would ensure that I would show them how much I believed in them in the same way. I would encourage them to be the best person they could be, I would empower them to do the right thing, and I would engage with them. Most importantly I would serve them the best I could. 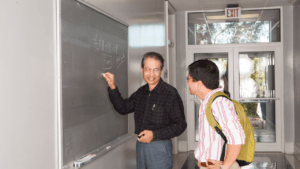 In my most recent role working as a senior project manager for an engineering consultancy, I tried to show my belief in my team from the very beginning. I did this at the same time as I started to get to know them.

3. Show Your People You Believe In Them

I had no grounds to judge the team from the very beginning, so the least I could do was believe in them.

What the team did in return for me was show me how much they believed in me. I could feel that the trust between us was starting to build. They did this by working together as a team. They worked exceptionally well on their own initiative too, because they were empowered to do so.

The work they did, and the results they achieved were excellent. The clients we worked with were very happy.

Believing in your team and showing them encouragement, empowerment, and engagement is a leadership principle just like any other. You need to learn the principle, practice it and apply it every day, so that it becomes a habit. Do this in the same way as the other leadership principles you are learning.

I want you to unleash your team’s potential. I want you to do this by believing in your team the exact same way as I did. At present you might be judging them for mistakes they made, or if they’re behind on work. However, this is because you already know them, so it will be difficult to turn that judgement around into belief at first.

But, by working at it you will eventually turn that around. But, you have to start believing in your team right away. Everything you are learning in throughout this site will help you encourage, empower and engage with your team. That is why I wrote this article, because I believe in you, and I believe that you can do the same for you team.

Encouragement is something that everybody needs, and to encourage a person doesn’t cost us anything. So, why don’t we do it more often? This article and every principle I discuss is designed to help you encourage your team, and others the best you can.

You can use these principles when encouraging your friends, and family too. They are not just designed for the work place.

4. How To Empower Your People

How I liked to empower my team was through delegation. This was especially easy in my most recent team at the consultancy. I would delegate to them a few times a day. However, when I first started delegating to one of my first ever teams, I would do it wrong. 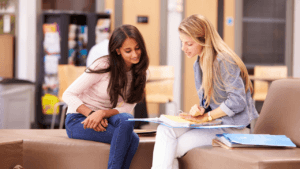 My mentor Ron advised me that when delegating to a member of your team, they go through phases of delegation. They will either wait for you to give them directions, so they don’t take any responsibility, and you have to do all the thinking for them.

They will constantly ask you “what’s next?” which is their only responsibility and you have to still do all the thinking. They will start to make recommendations, so the responsibility is changing over to them, and they are now doing some thinking.

Delegation is not easy, especially when you are new at it. There is an urge to hold on to certain tasks because either you don’t believe in your team, or you don’t trust them. That is what needs to be turned around if you feel that way. This website will help you with that as long as you apply each principle.

When you are delegating correctly, and you fully understand, that is when you and your team will be fully engaged. They will feel that you believe in them.

Highly effective leaders love to empower and engage their team. So, when they delegate they ensure that the team member is delegated what to achieve. The team member will then go away because they are fully trusted and empowered, and will not return until the task is done.

They do all the thinking, and make all the decisions because of your act of delegation. That is where you need to strive to get to when you are delegating.

When you realise that working with others will help you achieve a lot more than you ever could on your own, you are making a big step in your personal growth.

22 thoughts on “How Does Your Team Feel?”