In your position as the boss, do you demand respect from your team? If you do then you are doing it wrong. I have worked with many bosses in my time who demanded respect from us. They never, ever got it, even though they thought they did.

Notice I said your team need to respect you so you can lead and influence them, not your position. However, your team must respect your position in order for them to remain in the team, and in their job. Think about your own career, have you ever had a boss who demanded respect from you? If you have, did they get it?

Probably not. But, you did respect their position, right? The reason you respected their position was so you remained in the team and kept your job. So, you would probably only do enough work each day to get by. You probably wouldn’t have gone that extra mile.

If you TAKE ACTION on what you are learning in this article and my other articles, and apply it, then you will start to earn the respect from your team. This will help you to lead and influence them. The more you want to influence your team, then the more respect you MUST EARN.

Respect is not automatic, you need to work very hard for your team, in order to earn the respect you require, and ultimately influence them. 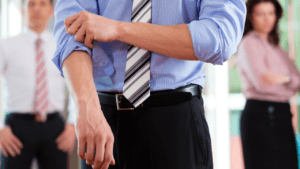 If you use false influence with your team, then they are following you because they have to. The team will only do what they need to do to get the job done, or to just get by. Being the team’s manager, you have control of their time off and opportunities for advancement in the organisation.

Being honest with you, I never liked being called boss. I would rather just be called Tom. Boss made me sound like the guy who demanded respect and led the team on false influence. Even though that wasn’t the case. I tried my best to lead the team with “genuine influence”.

To develop genuine influence, you must base it on your character and who you are, not your title or position. If you can do this then you will earn the respect you need to lead and influence the team. Then your team will work hard to go the extra mile, and do more than is expected. They will do this because they give you the respect you deserve.

In my experience working for bosses who use false influence on the team, there are common types of phrases that they all use. See if any of these are familiar to you:

“These people don’t report to me, so how can I get the job done?”

“The guys won’t do anything I tell them to do. They’re not my guys.”

“I’m not their manager, it’s got nothing to do with me”

“It’s not my fault, I’m not their line manager”

Throughout my career, I have lost count of how many times I have heard phrases like that. Managers who use those phrases do not know the first thing about leadership or genuine influence. 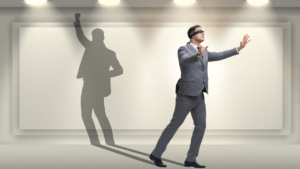 The reason for this is he used false influence and his position to manage them, not his character and genuine influence to lead them.

The rest of us tried our best to not be like him, and guess what? The teams would be far more productive and do more than was expected because we tried our best for the team, and used genuine influence. I was always honest with the team and would do my best to serve them.

Genuine influence is all that a leader needs to accomplish great things with their team. Most managers have never read a leadership book in their life, and they probably don’t think they need to. So, they will never understand that to be a leader you need to have influence.

A team’s productivity is almost 50% more when they want to work with their leader compared to a team who have to work for their manager.

A major problem that a manager has is that they are only interested in the team completing tasks. They don’t have any interest in developing the team or themselves. In fact, if they thought and behaved like a leader, and concentrated on their own and the team’s development, productivity would increase.

Now that you know the difference between false influence and genuine influence, how do you currently influence your team? Do you tell the team what to do or do get their buy-in first? Do you have a leadership style, if so what is it?

If you could use genuine influence a lot more with the team, what would you do differently? What changes would you need to implement?

31 thoughts on “The Leadership Position And You”